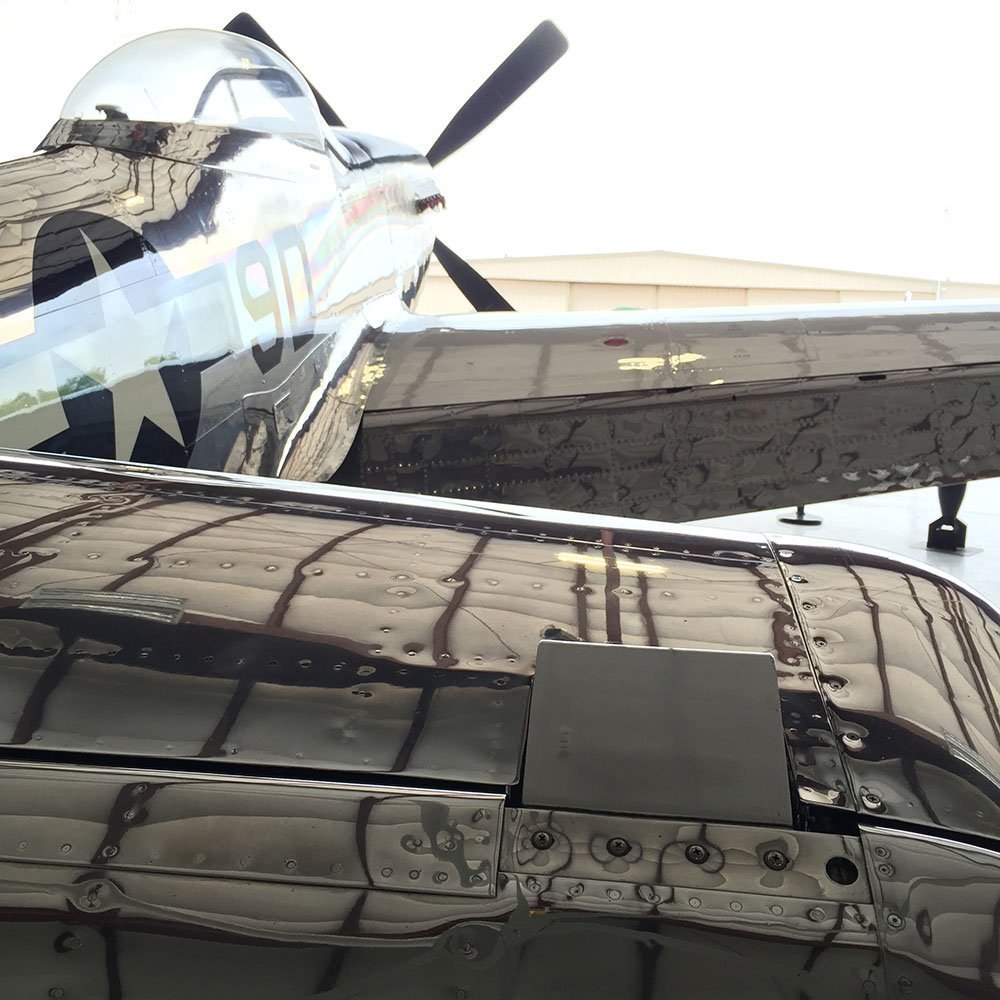 The Mustang P51 was taken at the Cavanaugh aviation museum in Dallas – Addison airport KADS (sorry I mixed up the 2 Texan cities Dallas and Houston as I go to both regularly).

There is a little story around this picture. I was on a business trip in Dallas with a colleague and we were looking for some aeronautical activities around the hotel. We found it was possible to fly a biplane (Boeing Stearman) at the Cavanaugh air Museum on Addison airport. But the planes were in maintenance and I felt my colleague was happy of that (not really ready to fly open air in a biplane), so we ended up on a tour of the museum and found this nice Mustang P51D.