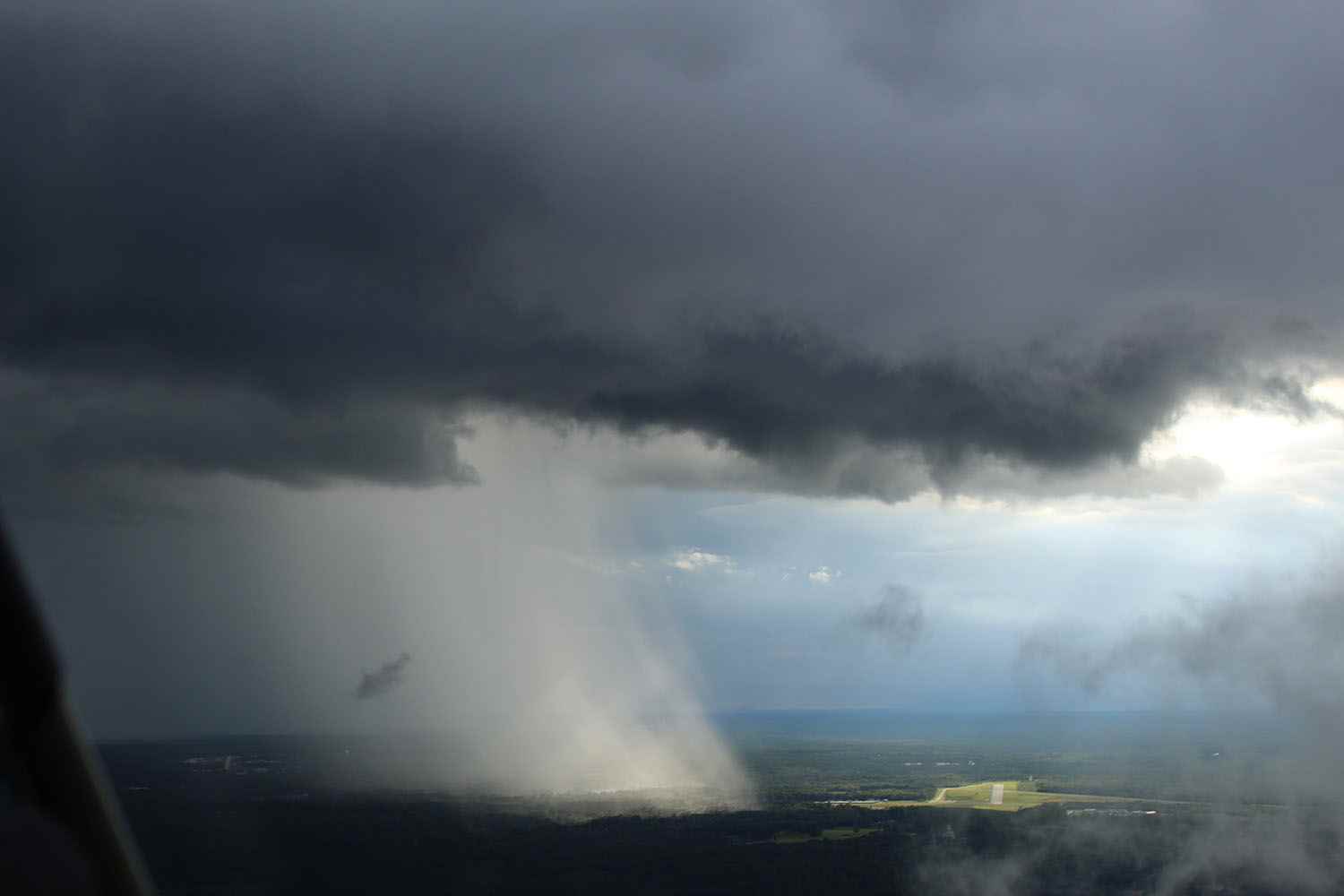 My wife Sharai and I had flown from Greenwood SC to Ocracoke island NC for a weekend getaway last July. The return trip, Sunday, had lots of thunderstorms to navigate and much of the trip was IMC. I requested the RNAV 27 Approch to KGRD as a large cell was headed towards the airport. Sharai had been taking photos during the flight and managed to capture the image I submitted. 15 minutes after we got the plane in the hangar, it started raining cats and dogs. We were flying our 1968 Mooney M20F. We were using a Canon Rebel T6 with a EFS18-55mm lens on Auto.
Advertisement