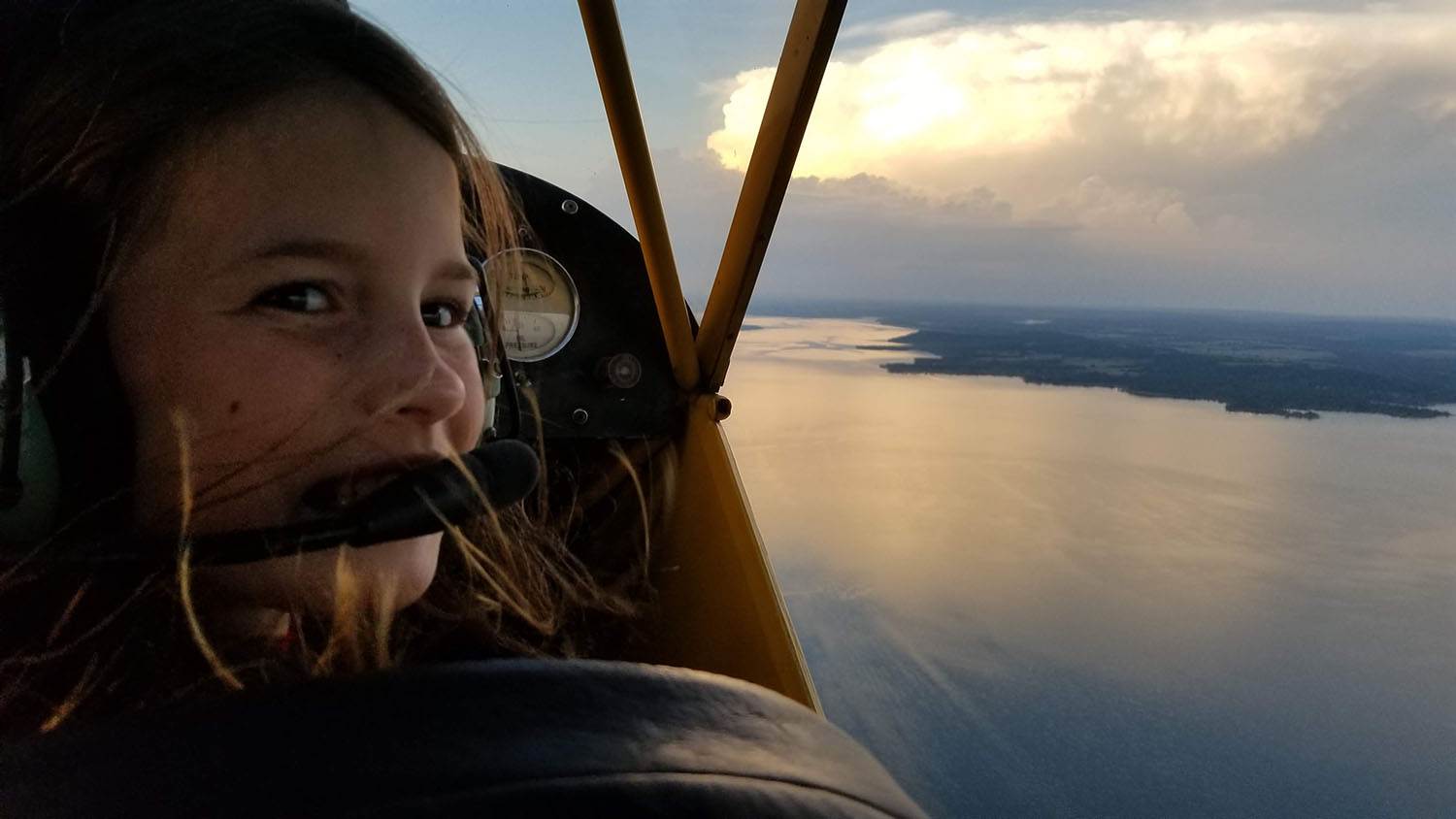 J.W. Schrag got this shot of a friend's granddaughter while on a sightseeing flight for her in his J-3 Cub. After spotting deer and upon seeing the low-angle sunlight lighting up the thunder clouds ahead. Schrag's young passenger said, "Wow, that's beautiful!" The pilot was, he said, thinking the same thing, so he asked if he could get a photograph, grabbed his Samsung S8 phone and got this remarkable image.