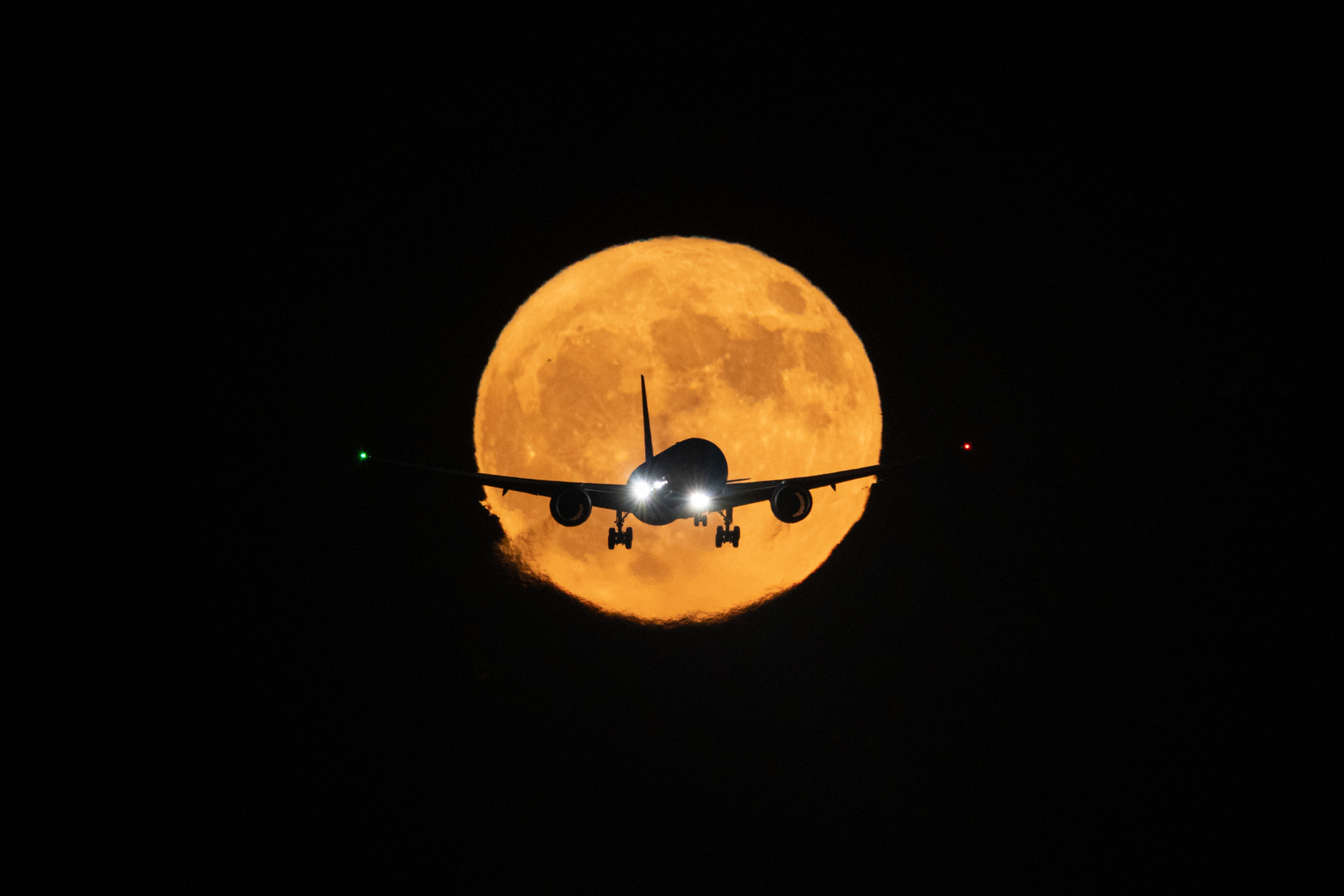 For photographer Maciej Hatta, getting this shot was way more science project than snapshot. Using a planetary guide app, he figured out just when the Hunter Moon would intersect with the departure path from Westchester County Airport and nailed the shot using a Sony A7iii.
Advertisement