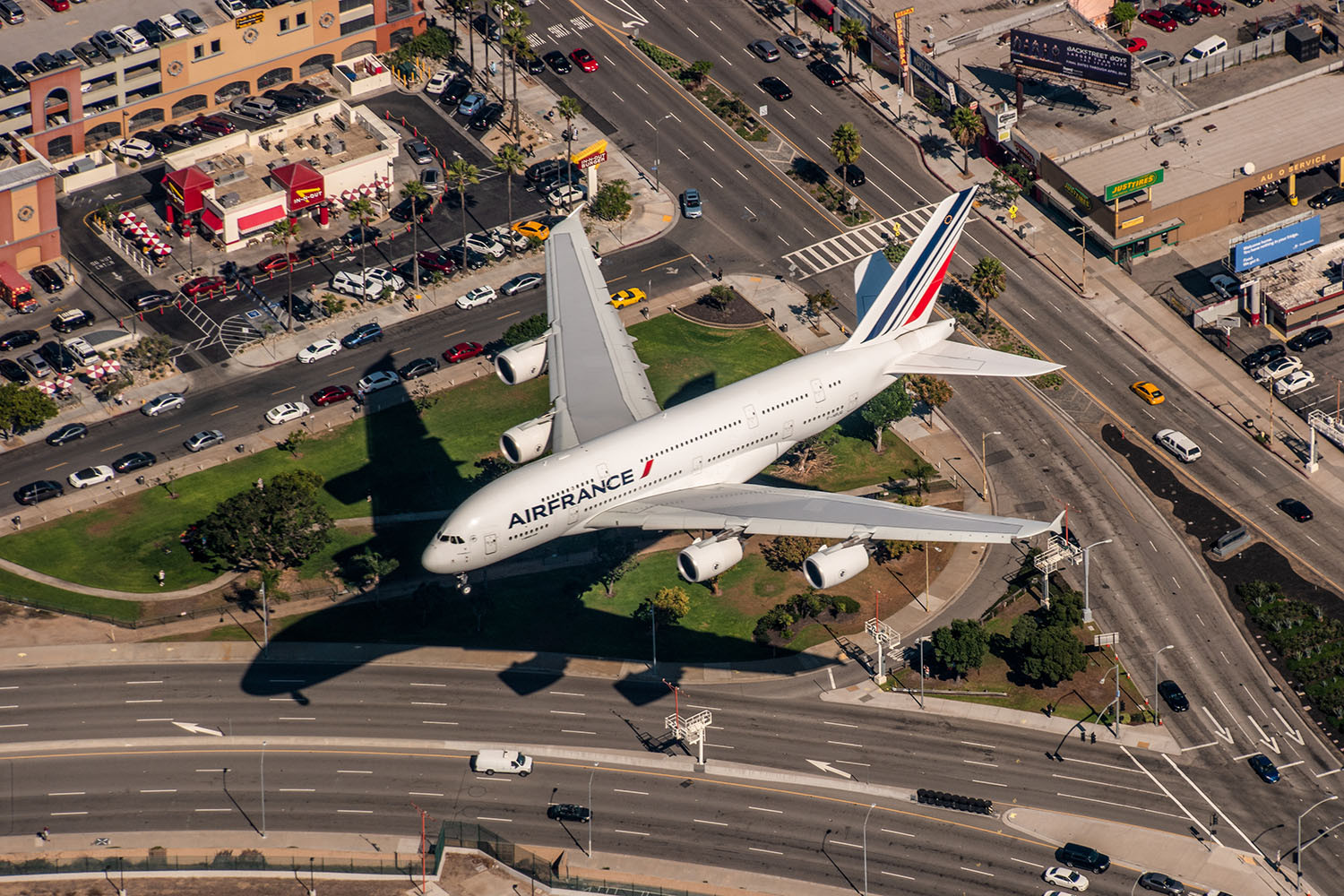 Maciej Hatta got this incredible shot from a Robinson helicopter hovering at 2,500 feet of an Emirates Airbus A380-800 overtop of a popular LAX plane spotting park on approach to Rwy 24R.
Advertisement