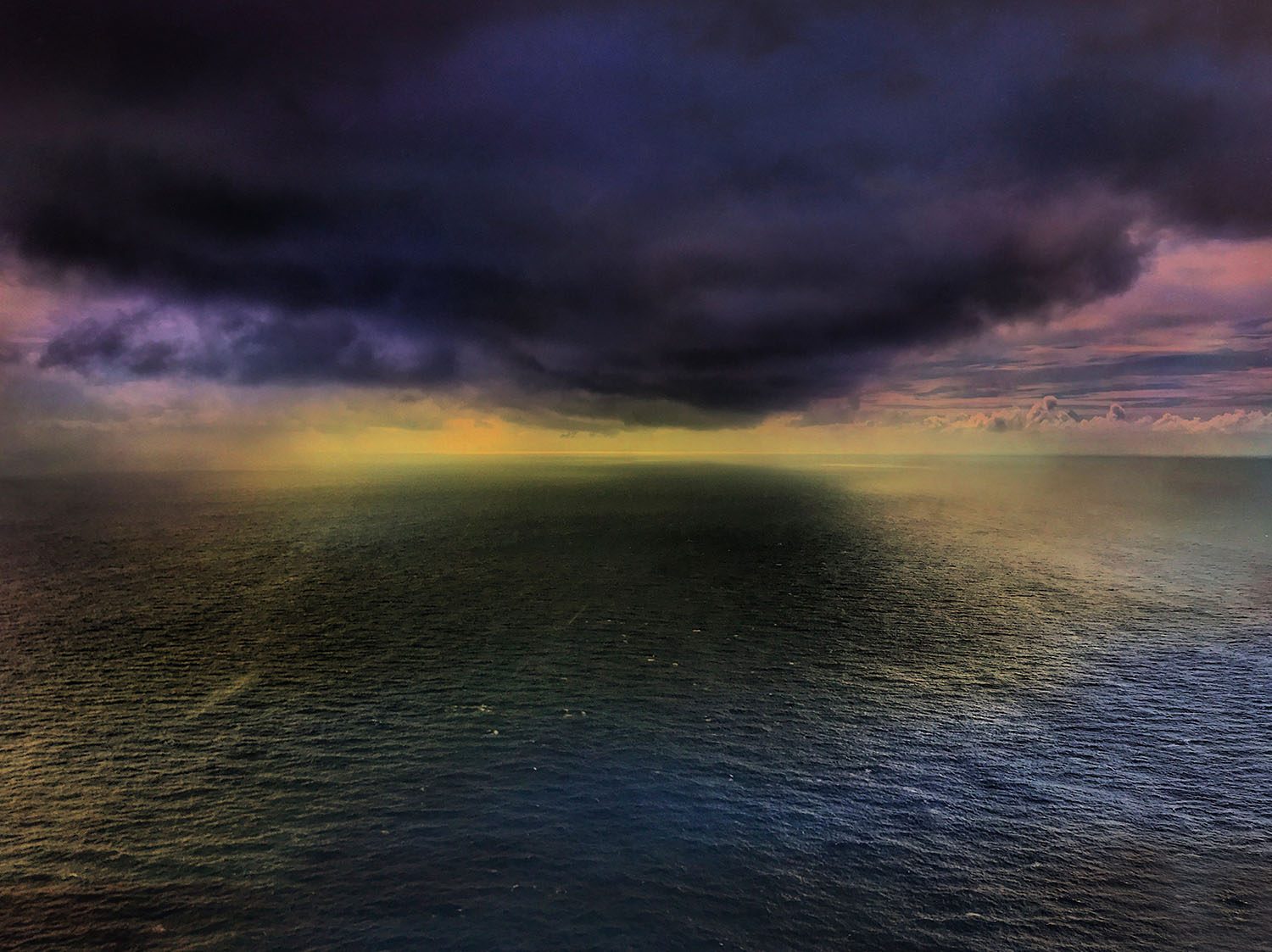 Paul Paulson got this incredible image of the surface of the Gulf of Mexico from the cockpit of a Bell 407 helicopter in the early morning. “The Gulf,” Paulson says, “is known for low level clouds and rain showers that are isolated in otherwise clear areas making for some striking contrast between light and dark tones.” The shot was taken with an iPhone 11 and enhanced in the Adobe Lightroom Mobile and Snapseed Apps.
Advertisement