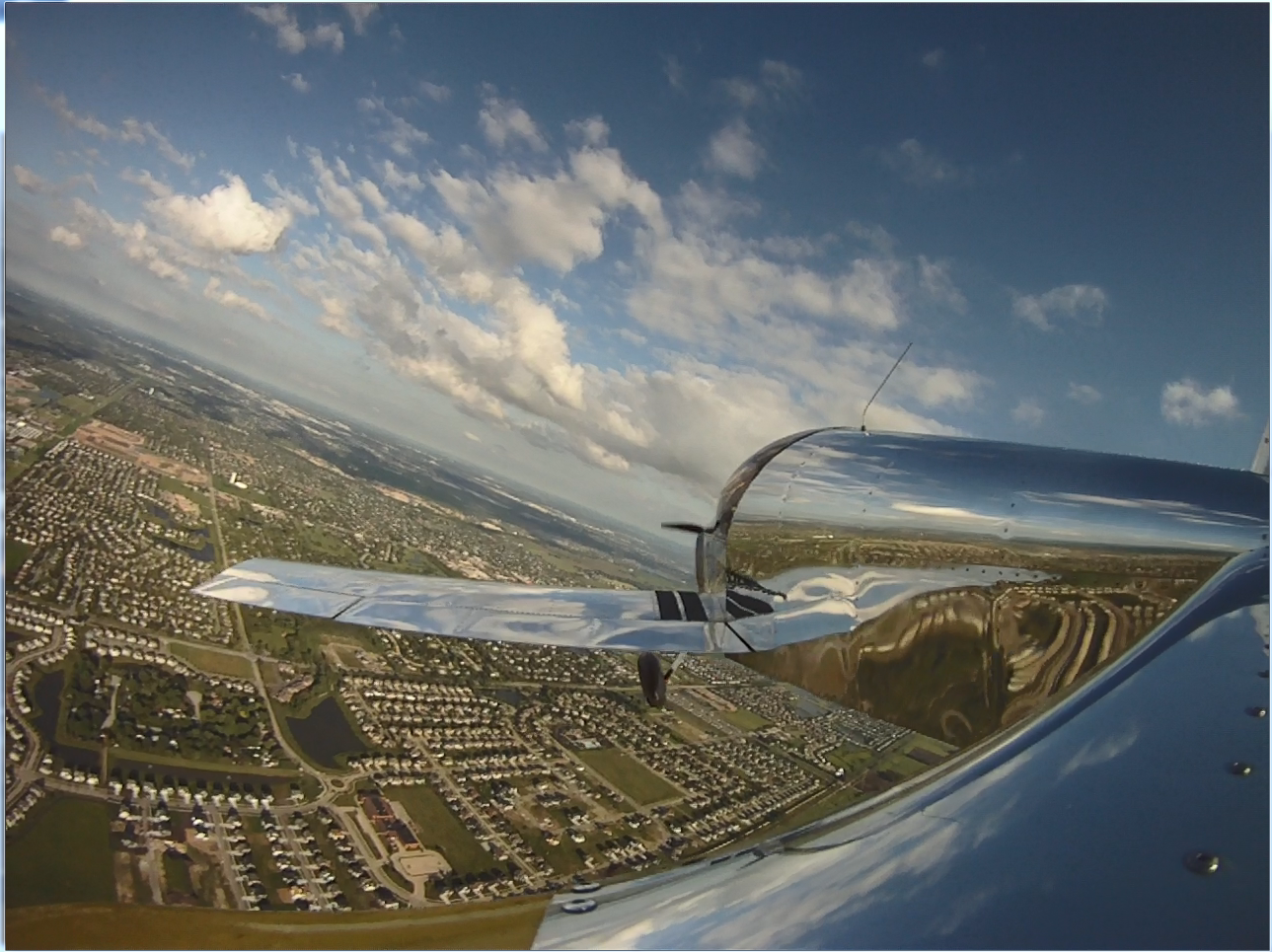 Robbie Culver submitted this reflective shot of a Sonex (which he built himself) as he tooled along above Naperville, Illinois, on a beautiful flying day. The camera is a GoPro mounted on the left horizontal stabilizer.
Advertisement