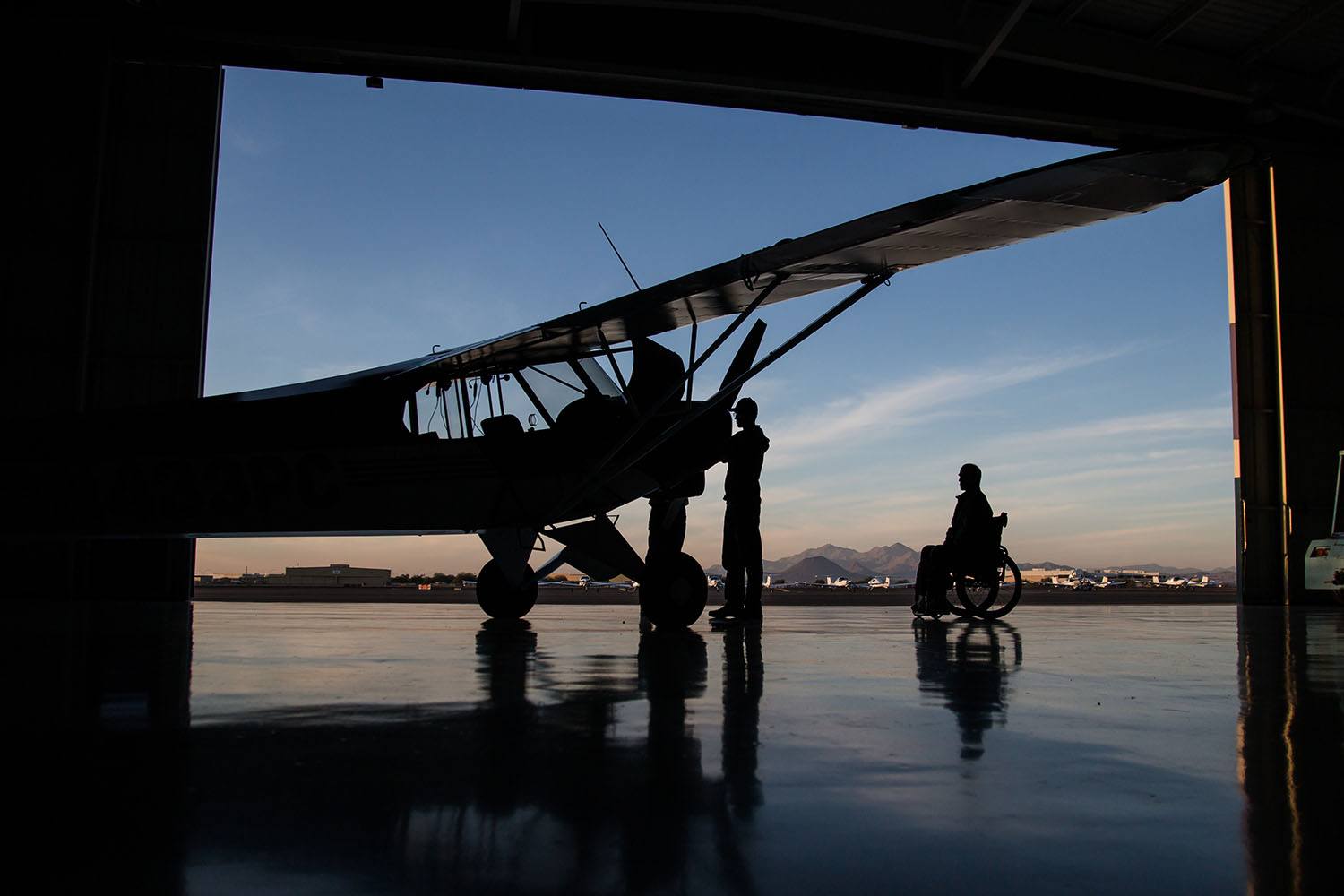 Ryan Lunde placed four photographs in our top 25, including this silhouette study of pilots at work. Here a pilot preflights a Super Cub as his father, at right, watches. The pilot was showing the preflight process to a prospective buyer (in shadow just behind the right wheel). Taken with a Canon 5D Mk III.
Advertisement