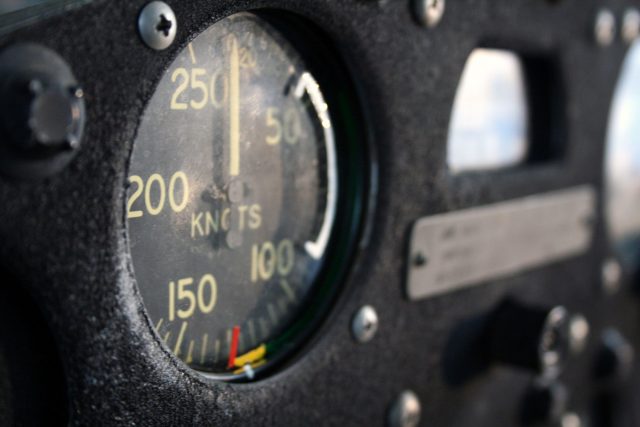 What is maneuvering speed, and why should you care?

Perhaps more importantly, what should you know to maximize your flying safety?

The widely accepted definition of maneuvering speed (Va) is the speed at which an airplane will stall before exceeding its maximum load limit.

But wait!  There’s more…to the story.

Maneuvering speed has been masquerading as the magic speed to protect you from structural damage in turbulence. It’s important, but it’s not the panacea of protection we were trained to believe. Before explaining, however, let’s review maneuvering speed, and how and why it changes with weight.

Airplanes are designed to withstand varying stress loads based on their intended purpose. The FAA certifies aircraft in one of three categories: normal, utility and aerobatic. The maximum load limits for each category are:

An aircraft flying straight and level at a constant speed is in a steady state where the aircraft’s lift is equal to its weight. Since G-force is calculated by dividing lift by weight, the load, or G-force, in this condition is equal to one (2,500 lbs. lift/2,500 lbs. weight = 1G). Exactly the same G-force as sitting in the hangar.

If, however, the airplane’s lift doubles, either from a turbulent gust or the pilot pulling back on the elevator, the load on the aircraft doubles (5,000 lbs. lift/2500 lbs. weight = 2Gs).

Lift increases when the angle of attack (AOA) increases.

AOA is the angle between the chord line and the direction of flight. For general aviation aircraft, there’s a direct, almost one-to-one relationship between lift and AOA until the critical angle of attack is reached.

For the purposes of calculating maneuvering speed in the examples below, we will use a critical angle of attack of 18 degrees. Our examples will assume a linear or one- to-one relationship between lift and angle of attack as the graph below depicts, whereas a doubling of the AOA would produce a doubling of lift.

Assume an airplane at gross weight is flying straight and level at 140 knots. At that weight and speed, this aircraft requires an AOA of 3 degrees to produce sufficient lift to maintain level flight.

If turbulence or manual input increases the AOA from 3 degrees to 6 degrees, the lift doubles and the load factor doubles to 2Gs. The load continues to increase as the AOA increases, until its critical angle of attack of 18 degrees is reached.

Under these conditions, this aircraft’s maximum load would be 6Gs because the AOA was 3 degrees in level flight and could only increase six times before reaching its critical angle of attack of 18 degrees (18 degrees is six times its level cruise AOA of 3 degrees).

As stated previously, the maximum load (G-force) is reached at the critical angle of attack of 18 degrees because any further increase in the AOA would result in a stall, thus eliminating the load altogether.

If the airplane in this example was certified in the normal category with a maximum load of +3.8Gs, it could experience structural damage at this speed in strong turbulence.

Again, with a reduced AOA of 3 degrees, a 6G load could be generated by a strong gust of turbulence before stalling at the 18-degree critical angle of attack.

Now for the rest of the story.

Traditionally, we were taught that flying at or below maneuvering speed would protect us from structural damage during turbulence or from a rapid control deflection from one extreme to another.

We now know there are exceptions.

One practical exception is when two or more forces are at play simultaneously.

To better understand, it may be helpful to know how flight tests are conducted on new aircraft testing maneuvering speeds.

In smooth air, the test pilot rapidly moves a flight control to its positive design limit and then returns it to its neutral position. After pausing, he repeats the process to the control’s negative limit before returning to the neutral position.  This test is repeated for each axis separately; pitch, roll, yaw.

So maneuvering speed may protect the wings from structural failure if the loads are vertical like choppy air; however, gusts often introduce stresses in more than one axis simultaneously. Pitching, banking and yawing occurring at the same time stress the aircraft in multiple directions.

Another exception is the rapid and repeated deflection of the control of one axis.

This proved fatal in the 2001 crash of American Airlines Flight 587, in which 260 people lost their lives. Departing JFK, the Airbus A300-605R encountered wake turbulence, and in response the pilot applied rudder input nearly full deflection to the right, then fully to the left, then right again, then full left once more, and then full right again, all in less than seven seconds. The rapid, full deflection input created so much force that it sheared off the vertical fin, causing the Airbus to go out of control and crash. The important thing to understand, for the sake of this discussion, anyway, is that all of that happened below the aircraft’s maneuvering speed.

It’s important to understand that maneuvering speed is an approximate number that doesn’t protect your airplane from structural failure in all situations.

In 2010, The Federal Aviation Administration amended the airworthiness standards applicable to transport category (not aerobatic) airplanes to clarify that flying at or below the design maneuvering speed doesn’t allow a pilot to make multiple large control inputs in one airplane axis or single full control inputs in more than one airplane axis at a time without endangering the airplane’s structure. The FAA issued this final rule to prevent pilots from misunderstanding the meaning of an airplane’s maneuvering speed, which could cause or contribute to a future accident.

If you can’t count on flying at or below maneuvering speed to protect your aircraft’s structural integrity, what should you do when you encounter turbulence?

Clearly, the best option is to avoid turbulence whenever possible. Familiarizing yourself with the sources of turbulence will help you avoid them. Refer to Turbulence to learn, among other things, to:

When turbulence can’t be avoided, slow down to maneuvering speed and fly smoothly.