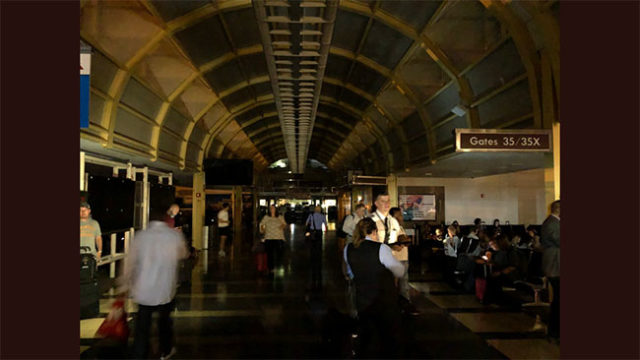 Washington D.C.’s Reagan National Airport had flights delayed both coming and going on Wednesday night after a total loss of power airport wide. The blackout, which hit around 10PM, lasted about an hour.

Because its systems can be powered by backup generators, the tower and airport lighting continued to operate throughout the outage, that otherwise caused havoc. The terminal had very little light, bags had to be delivered by hand after carousels stopped cold, passengers had to use the stairs instead of escalators (which essentially became stairs) and most businesses were forced to put commerce on hold.

The outage was blamed on a problem with an energy supplier, whom the airport authority said experienced some non-hardware related issues with the energy delivery.