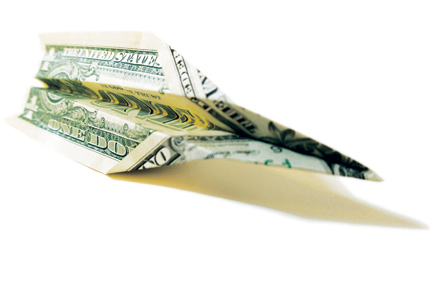 To borrow a line from my favorite songwriter and performer, Neil Diamond, aviation is “headed for the future and the future is now.” If you’ve ever been in the market for an airplane, 2008 is a banner year to buy.

While researching this article, I spoke with several aircraft manufacturer representatives. Of course, they were paying close attention to the tax bill as it was going through, and they’re geared up and ready to meet what they now expect to be a strong demand for new aircraft. All of the reps asserted that for new airplanes with price tags of $1 million and under, they’re prepared to meet the consumers’ needs and deliver in 2008. As existing aircraft owners trade in and trade up, the used-aircraft market should also flourish with the financing and tax incentives that are now available. I’ll admit that when I was talking with the reps, the wheels were turning in my mind about the feasibility of making a change in 2008.

By looking at the interest rates, you can tell that banks are sitting on a lot of money they would love to loan out. The last thing a bank wants is a low loan portfolio because it doesn’t make a lot of money on uninvested funds that are just sitting in its vault. Therefore, if your finances are in good shape and your debt ratios are good, you’re a prime candidate for borrowing money at perhaps the best rates in three years.

I’m willing to bet that the majority of aircraft owners justify their ownership based on business purposes. As such, they’re entitled to claim a tax deduction on the portion of aircraft expenses that relate to a business purpose. It’s not unusual for federal and state taxes to add up to 35% or more, so tax management is just as critical as expense management. When you think about the IRS allowing a 35% tax savings, which makes the out-of-pocket cost only 65 cents on the dollar, you can see how important tax incentives and tax savings are to aviation.

With the passage of the Economic Stimulus Act of 2008, aviation was a beneficiary of an extraordinary tax incentive. In my 30 years as a practicing CPA, I’ve only seen these kind of tax incentives one other time, and that was a few years ago in 2003 when we had the 30% and 50% bonus depreciation on new aircraft. It was a fantastic time for aviation, and a lot of new airplanes came into existence.

Guess what: Bonus depreciation is back. Lately, the press has been talking about the rebate checks that will start being mailed out in May 2008. But buried in the new law are tax incentives for businesses to invest in new machinery and aircraft, so that the companies can make money and pay tax to support the rebate checks. And that’s what the Economic Stimulus Act of 2008 is all about. The government is willing to make an investment today for a return on the investment tomorrow. With interest rates behaving the way they have recently, the timing of the Economic Stimulus Act’s passage just couldn’t have been more auspicious.

Take a minute to look at the effect on depreciation deductions with and without the bonus depreciation. For discussion purposes, there are exceptions that will change the numbers depending on when in 2008 you actually acquire your aircraft. These are referred to as the mid-quarter rules. With those differences noted, however, without the 50% bonus depreciation, the first-year depreciation is 20% of the cost. If you equate this 20% to a 35% tax rate, the depreciation deduction in 2008 will reduce your income taxes by about 7% of the airplane’s cost. For example, if the airplane cost $500,000, then you can expect to reduce your tax bite by $35,000.

Now, let’s take a look at how the recently passed 50% bonus depreciation can affect 2008. With the bonus depreciation, the first-year depreciation is raised to 60% of the cost. Again, if you equate this 60% to a 35% tax rate, the depreciation deduction will cut your tax bite by 21% of the airplane’s cost. Following the same example of a $500,000 airplane, this will save $105,000 of income tax. Think about this, if your down payment is 20% ($100,000), the IRS has just reduced your 2008 taxes by enough money to make the down payment and put $5,000 in your pocket. Now for the catch—with a couple of exceptions, bonus depreciation only applies to new aircraft bought and placed in service in 2008.

Now don’t give up on me just yet. Remember when I said there were also incentives for used airplanes? Well here we go with updated Section 179 deduction amounts for 2008. Unlike the bonus depreciation, the Section 179 depreciation deduction applies to new or used equipment and airplanes. The updated 2008 amounts permit the taxpayer to write off up to $250,000 of the cost of the airplane purchased in 2008 as long as the total cost of all equipment purchased by the business in 2008 doesn’t exceed $800,000. There’s also the added criteria that the Section 179 deduction is limited to income; therefore, unlike the bonus depreciation, it can’t be used to generate a net operating loss.

When you think about the possibility of buying a new or used aircraft that costs $250,000, and being able to totally write it off in 2008, the cash flow numbers really become interesting. At a 35% tax rate, that’s a tax savings of $87,500. That will more than make the down payment and cover the note payments and operating expenses for a couple of years.

If you want to get creative, and if everything will fit, consider what will happen with the $500,000 airplane referred to earlier if we put the bonus depreciation and the Section 179 depreciation together. Assuming this is a new airplane, the total first-year depreciation deduction could go as high as 80% or $400,000. Do the math on those deductions at 35%, and you’ll see that you can save $140,000 in tax in 2008.

This is also a good time if you fly solely for fun and pleasure. You can buy a good used two- or four-seat personal aircraft without having to sell the house to do it. Although you may not intend to use your airplane for business and won’t benefit from the depreciation deductions, the interest rates on home-equity loans are pretty good right now, and there’s a good chance that you’ll get a tax deduction for the home-equity interest that you’re paying. This way, the bank is helping out with the purchase of the aircraft with good financing terms, and the IRS is helping out with the tax deductions on the interest you’re paying.

Interest rates are always chasing an ever-changing climate and economy. They’re subject to change daily based on the feeling of the Federal Reserve Board. So even though interest rates are low at this time, they’re, as always, subject to change. If you need some time to get your finances squared away, I think you’ll have some time in 2008. The depreciation incentives are only good through 2008, so once 2008 is over, so are the tax incentives.

O. H. “Harry” Daniels Jr. is a CPA and a CFP licensee. He’s a partner with Duggan, Joiner & Company, Certified Public Accountants. Harry has held his license as a private pilot since 1991. E-mail him at [email protected].