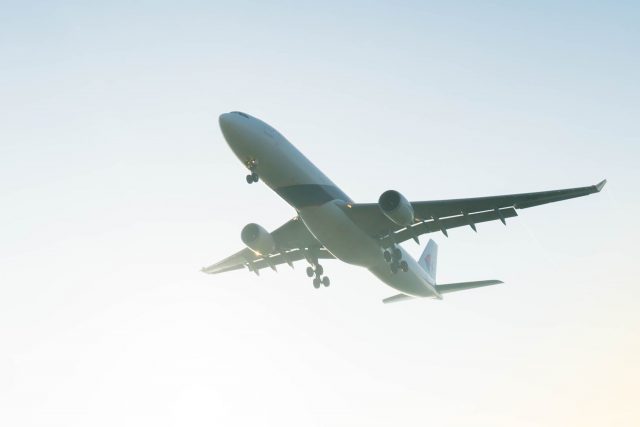 The Mystery: On March 8, 2014, a Malaysia Airlines Boeing 777 that had departed from Kuala Lumpur was bound for Beijing, China, when the captain got the radio handoff from Malaysian air traffic control to Vietnam’s Ho Chi Minh Center. The captain of the 777 replied simply, “Good night. Malaysia Three Seven Zero.”

Those were the last words anyone ever heard from anyone aboard the flight. Soon after that final radio call, Malaysia 370 changed course, turning from a northerly heading to the southwest, continuing across the Malaysia peninsula and then west, and then south, out over the vast, empty Indian Ocean, where it rests today, based on analysis of satellite data. We have found some wreckage, verified pieces of the 777 that have floated ashore on distant islands. But the location of the main wreckage remains a mystery despite years of search efforts.

But why did Flight 370 go off track in the first place? Some argue that we won’t know the answer to that until we find the wreckage and the data recorders. Others believe that new and existing evidence provide the answer.

The Controversy: Here are the two major theories (along with a couple of crazy ones) as to why Flight 370 went missing that March night in 2014:

Zombie Plane: The Boeing 777 suffered a catastrophic mechanical failure that depressurized the plane and killed everyone aboard while sparing the plane’s autoflight capability, which flew the plane until it ran out of fuel thousands of miles later, whereupon it crashed into the Indian Ocean. Proponents of this theory believe that the plane depressurized somehow, perhaps while one of the pilots had left the flight cockpit momentarily. The remaining pilot, compromised by oxygen deprivation, failed to don an oxygen mask and passed out at the controls, but only after he had turned the plane around.

This theory has numerous shortcomings, not the least of which is that it requires multiple unlikely breakdowns of systems, each at the most inopportune time possible, and for them to happen in quick succession. And if the pilots were incapacitated, how did the plane get turned around and then continue to make course changes even after they would have been dead for some time? Would one of them have entered a flight plan into the flight management system to go far away from help?

Unless one posits an impossibly unlikely chain of mechanical mishaps, the course changes demand a live pilot making the changes up until long after the time that they both would have been dead, or a soon-to-be-dead pilot intentionally programming a malicious course into the computer. Furthermore, several course details support the mass murder/suicide theory, including the initial turn around with no radio call—the radios are supported by multiple, redundant power sources, and the pilots train regularly in systems failures. Investigators have lately been zeroing in on the plane’s course when it crossed the Malaysian peninsula. The plane flew directly over the pilot’s home town before heading out toward open ocean.

Mass Murder/Suicide: The second theory—and this is the one I’ve subscribed to and helped formulate—was that the disappearance and crash was a deliberate act. Under this scenario, one of the pilots would have depressurized the plane, disabling or killing everyone aboard and then flying the plane until it ran out of fuel and crash-landed in the Indian Ocean.

This theory satisfies Occam’s razor about the simplest theory most likely being the correct one. In this case, the intentional act theory is by orders of magnitude a simpler explanation.

A number of details support this theory, including the apparently deliberate course. The truth is, airplanes sometimes do fly unattended on autopilot after the fight crew has been incapacitated, almost always by oxygen deprivation. But we know of no case in which the plane flying solely on autopilot changed course. It is technically possible for a pilot to program in an alternate course, and even on autopilot, the plane will follow that course. This explanation only makes it more likely and not less that the deviation from its flight-planned route was intentional.

After all, the jet began diverting from its flight path without any communications with ATC, and it didn’t fly randomly away from the filed flight plan—it overflew a number of other waypoints, something it’s hard to explain if mechanical failure were the culprit.

Investigators have also pointed out that the plane avoided the airspace of neighboring countries, indicating, again, that it was being deliberately flown to avoid radar detection.

Also, by using a complex analysis of the plane’s response to an automated attempt by a satellite communications service to establish a connection with the 777, investigators were able to piece together a probable track for the plane. That track would have almost certainly taken it out over the Indian Ocean far from any possible landing spot.

But perhaps the most compelling piece of evidence was a part of a wing section that would have been crushed in a nose-down impact but was instead in nearly pristine condition, which suggests that when the plane did crash into the ocean, it was under human control.

Remote Control And Other Remote Theories: There are other theories about why and how Flight 370 disappeared. The latest one is the unsubstantiated notion that the plane’s manufacturer, Boeing Company, has the secret ability to wrest control of a plane from hijackers by using remote operating software. Some of the people who subscribe to this theory believe that this hack was done by bad actors, and others think it was a governmental power that took over and crashed the plane. It’s theoretically possible for this to happen, but it’s highly unlikely that such capabilities exist on commercially fielded aircraft. Furthermore, if plane makers did have this power, wouldn’t they want potential hijackers to know it in order to prevent the hijacking before it got started and not when it was already in progress? Another even farther-fetched theory is that the plane was flown in secret to a remote base, landed there, and all the occupants were taken hostage. Why anyone would have undertaken this elaborate scheme is unknown.

The Truth: It is most likely that Malaysia Flight 370 was commandeered by the captain and flown far to the southwest of its original course, into a remote part of the Indian Ocean, where it crash-landed after running out of fuel. The parts recovered on remote islands east of the calculated crash site support this conclusion, as do the probable actions and inactions of the crew, as well as the change to and nature of the plane’s ultimate route into the most remote ocean setting on the face of the earth. Will the airplane ever be found? It’s unlikely, but people are still looking, even today, four years after the disappearance of the flight, testimony to the enduring attraction of this most mysterious of the many mysteries of flight.