Like most pilots, my first few lessons in pursuit of a Private Pilot Certificate were memorable. I wish I could report that this was because of the exhilaration of sailing into the wild blue yonder or cavorting among the clouds. With apologies to John Gillespie Magee Jr., these flights were not etched into my brain because I had “slipped the surly bonds of earth and danced the skies on laughter-silvered-wings.”

What made my first piloting experience indelible was nausea, and the sadly predictable reappearance of my breakfast, or lunch, or dinner. Compounding my humiliation was the disapproving scowl of my regal and rigid CFI, who had been in the business of nurturing young airmen perhaps too long and was thoroughly “done” with this aspect of the job. The phrase “all hobbies are not for all people” was uttered, and not very diplomatically. 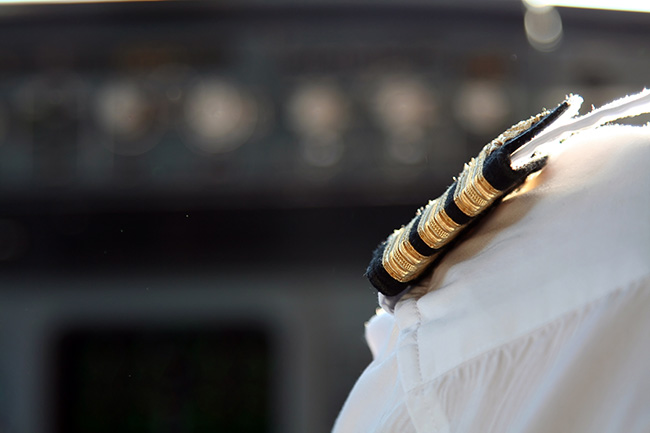 I took a break—and changed instructors. When I resumed my training, the airsickness having subsided, mostly, I finished my Private in just a few months. I was exuberant. I found, however, that becoming a Private Pilot is only one of the impediments to dancing on laughter-silvered wings. There was, inevitably, the question of money. Fresh out of college, I knew my cash flow was not flowing so much as trickling. My flying was limited to a few Hobbes ticks per month in the FBO’s Beech Skipper.

If you are like me, there are times in your life when a strange and compelling idea takes root in your mind. Edgar Allan Poe called this “The Imp of the Perverse,” a powerful, nay overwhelming, urge to do a dangerous, forbidden or uncharacteristic thing. Poe saw it as a sort of an anti-conscience, the little devil on your shoulder. About the time I finished my Private, I was becoming frustrated with my job. I was susceptible. One sunny day when my little Skipper was doing just what I told it to do, the imp whispered into my ear. He said to the timid, vertigo-challenged, underfunded kid, “Wow, this is fun! Maybe you should become an Airline Pilot.”

My brain conjured an image: The Airline Pilot—competent, handsome, man of the world, in his dapper uniform, striding confidently through the airport, admired and respected by all. Within six months, I sold my car, quit my job and headed to Florida in a rusty pickup truck. Commercial training was by no means cheap. I signed a promissory note, hit my folks up for another loan, and rekindled my love affair with Ramen soup.

Thankfully, my Commercial instructor was everything I could have hoped for. Neither rigid nor regal, he was kind and encouraging. He was a great teacher. In a few months, I had my Commercial, Instrument and Multi-Engine ratings and knew my way around Florida pretty well. Then I learned another lesson: Becoming a Commercial Pilot is only one of the impediments to dancing on laughter-silvered wings. Very few airlines were interested in a guy with 300 hours. I went back to work. I got my CFI, CFII, MEI and an instructing job at the Academy.

In 1998, the pilot market was looking good. A CFI friend got me an interview at a small but solid regional airline. The interview was tough, but I was ready. I found myself, one spring morning, sitting in the cockpit of a real airliner, taking inventory of my dream. The Airline Pilot: competent, handsome, man of the world, dapper uniform, striding confidently, admired and respected by all. Well, my new uniform was rather dapper, anyway.

As I was setting up the radios, a guy with four stripes appeared in the cockpit door. With enthusiasm, I grinned and stuck out my hand. He brushed past me and sank, heavily, into his seat. After an awkward silence, he turned to me and frowned. “I suppose you are the @#$%* new guy, huh?” I nodded somewhat cautiously. “Well, let me tell you something, buddy,” he continued, “they don’t teach you guys @#$%* in training.” I nodded again and shut my mouth. Regal this guy wasn’t, but rigid he was.

I learned a lot in those first few years. I learned a lot from the captains I flew with. Some were easygoing, some were Type A personified. Some were modest and down-to-earth, some possessed that legendary “pilot ego.” Some were generous and kind, some were abrasive and dictatorial. I developed an idea of what kind of captain I wanted to be—someday.

For a long time, I worked every Christmas, every Fourth of July, every Thanksgiving. I sat reserve and learned to negotiate the ins and outs of a two-bedroom crash pad shared with six other pilots. I upgraded to captain in 2001 and, like most regional pilots at that time, anticipated a fairly quick hop up to the majors. World events changed that trajectory.

After 9/11, opportunities disappeared. Pilots at all levels were being furloughed and downgraded, and some, sadly, left aviation entirely. I count myself lucky that my airline remained in business and that I never got furloughed.

I bided my time. There was not much else to do. For years, the airlines struggled and stagnated—so did the pilots. Many lost their pensions. Some of my friends started selling real estate. Then came 2007-’08. Those with 401Ks saw 40 percent vanish overnight. The Age 60 Rule was changed, which set many of us back another five years. There were more furloughs and more downgrades. Pilots who tired of the roller coaster ride simply got out.

You may think, based on what I have written, that I am counseling young readers of Plane & Pilot to choose a different line of work: to brush the imp off your shoulder and go get an MBA. But you would be wrong. I will admit that my career in aviation has not been what I expected. It certainly hasn’t been easy. After 20 years, I am still not handsome, nor admired, nor respected by all. But while “laughter-silvered-wings” is a pretty high standard to live up to for any profession, I would do it again. Here is what I would say to young women and men considering an aviation career today: Do it!

For all its costs, flying airplanes is, well, it’s worth it. It’s unlike any other job in the world—in a good way. The best corner office in the tallest skyscraper in Chicago offers a pitiful view compared with what we see every day.

There is nothing like climbing out of a dreary overcast into a bright, sunny sky filled with intersecting contrails like a big spider web.

There is nothing like leveling off at Flight Level 360 as the sun sets, seeing the curvature of the earth, and watching the palette of the sky change from hot pink to orange to baby blue to cerulean to navy to black.

There is nothing like dropping down over the stunningly green Adirondacks and making a graceful, arcing turn over Lake Champlain to land on runway 15 in Burlington, Vermont.

There is nothing like departing 31 at LaGuardia and looking straight down on Central Park and Times Square and the millions of humans going about their lives in the city that never sleeps.

There is nothing like feeling the acceleration of jet engines at your back and knowing that it is your hand on the thrust levers.

There is nothing like greasing the landing and then having a grandmother from Corpus Christi stick her head in the cockpit on her way out to compliment you.