Pilots who’ve flown into Wichita’s Eisenhower National Airport (KICT), which most pilots still call Midcontinent, are so familiar with the approaches to Runways 19L and 19R that it almost defies imagination that the experience is going away. But it is.

As pilots, we have cause to know a bit more about the Earth’s magnetic field than many given that, especially before the advent of GPS, it defined our navigation systems. A magnetic compass, for example, points to magnetic north—one of the two spots where the Earth’s magnetic field points vertically downwards—rather than towards the geographical north pole (true north). Runways are also numbered by their magnetic headings. 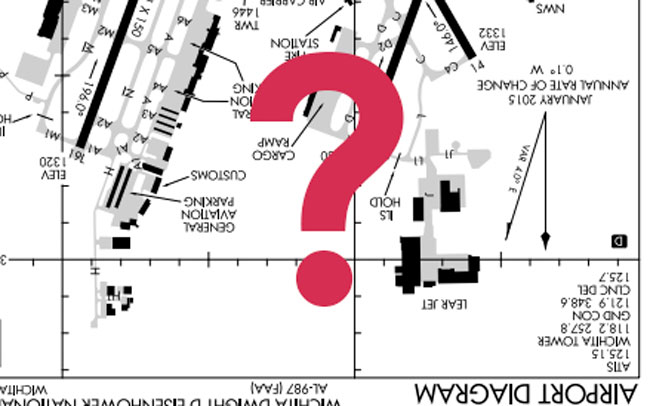 The catch? Magnetic poles shift—it doesn’t happen quickly, but it does happen. Sometimes, as is the case with Wichita’s Eisenhower National Airport (KICT) this year, they shift enough for the FAA to require relabeling the runways. In the 64 years since the airport was built and its three runways originally numbered, the magnetic variation (the difference between true and magnetic north) at the airport has shifted six degrees. The two parallel runways will go from 1-19 to 2-20 and the third runway, 14-32, will become 15-33.

The change—which will involve all of the expenses related to repainting and resigning the entire airport—isn’t an arbitrary decision. Magnetic variation at an airport is reviewed every five years by the FAA, which then issues any necessary changes to runway designations based on its findings.

Learn more at the FAA.