The 175 I spotted online, however, looked nothing like its nose-banging production form. In fact, I initially assumed it was a Cessna 180 done up in a badass way. I'm guessing most folks think that same thing, because this plane has a tailwheel, big tires and something funny on the leading edge of the wing: slats!

When you do something like this there is no road map because it's never been done. You have to make every decision along the way, as you move forward you become more and more educated on it to the point of almost obsession. 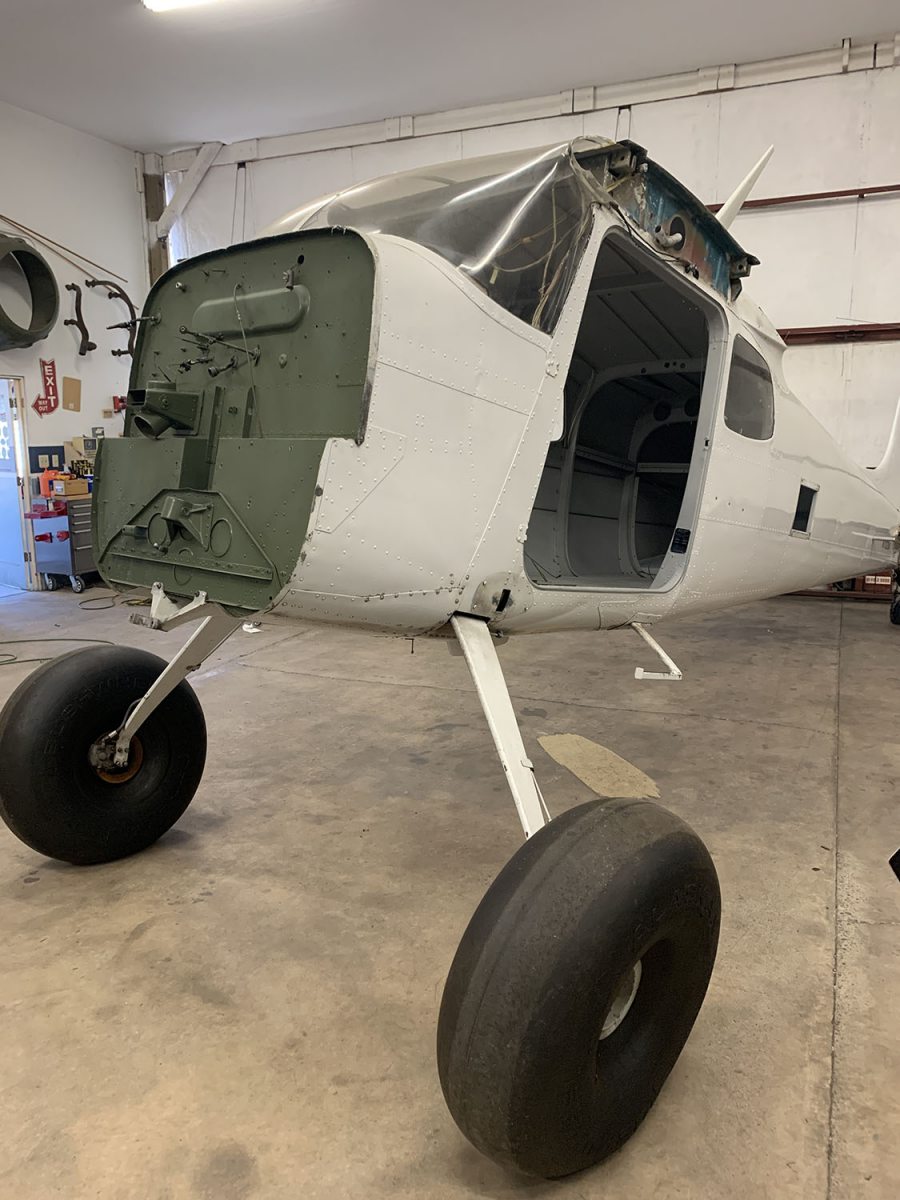 Before the team had installed the Continental O-470 but after the plane had gotten a tailwheel.