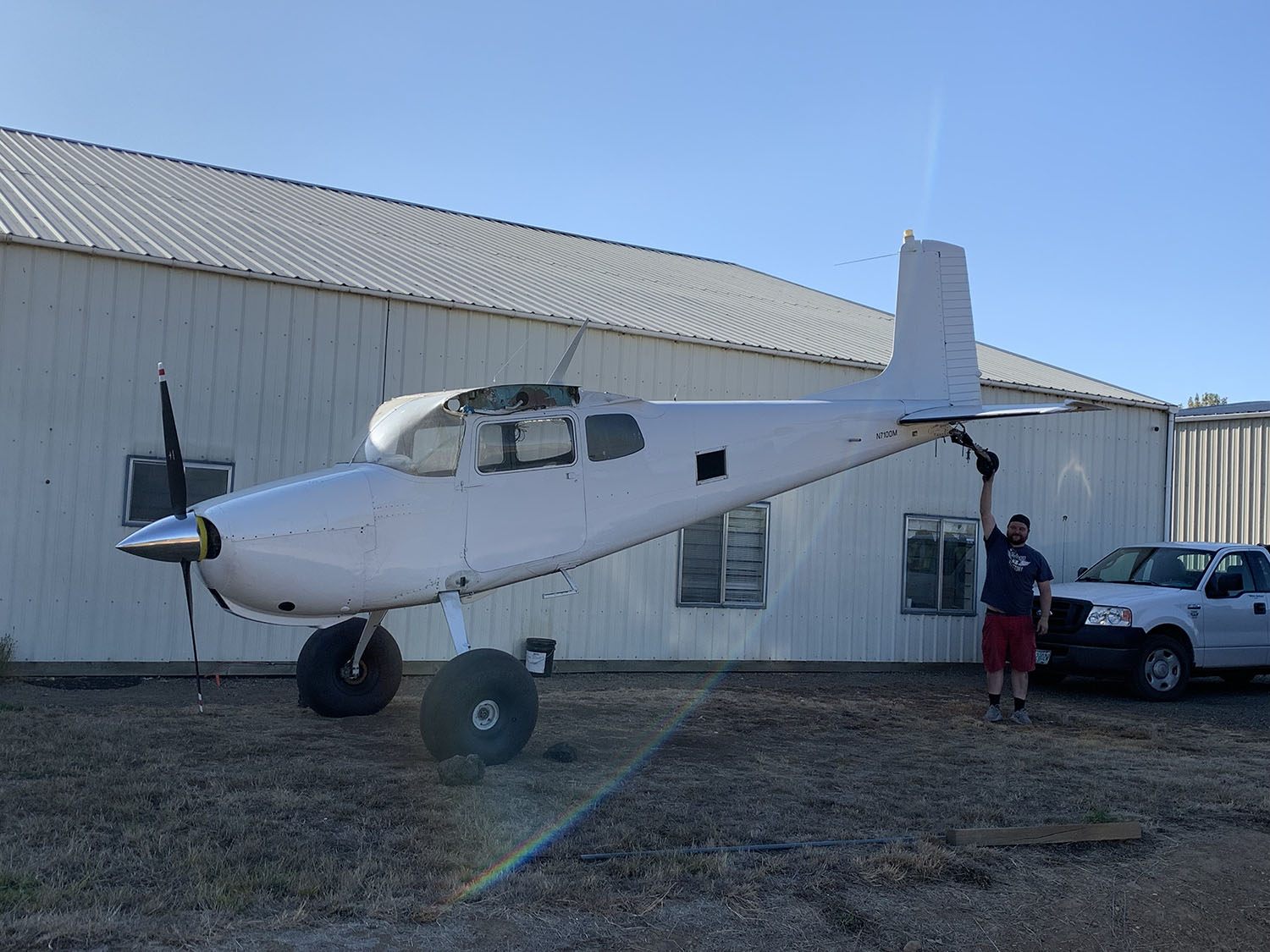 It's lighter without the wings, and he has leverage, but this is still pretty cool. Try this with your tricycle-gear plane! (We're kidding! Don't!)