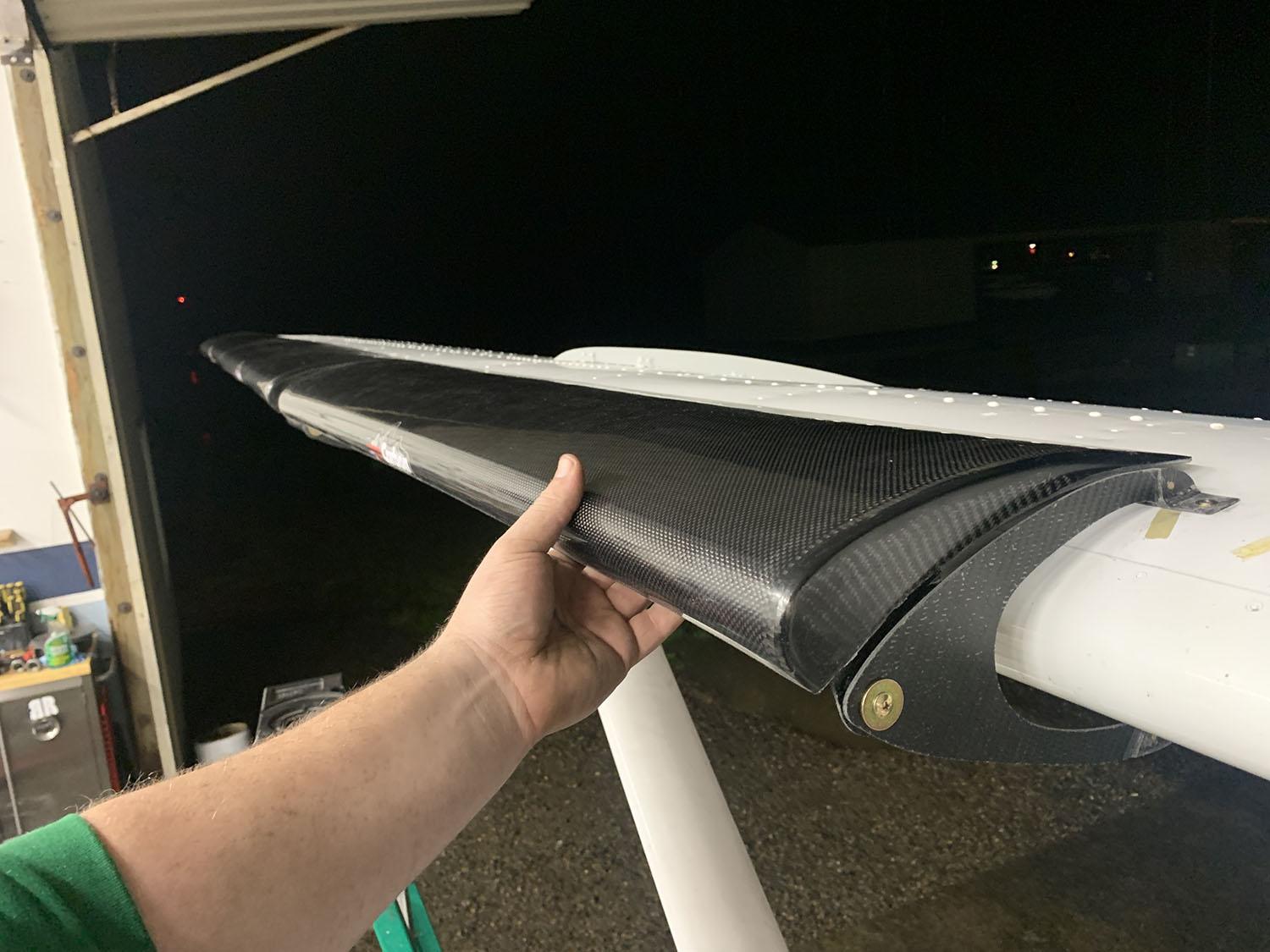 These are the production slats. The carbon fiber devices were constructed by Carbon Creations of Wasilla, Alaska, which specialized in Super Cub mods.