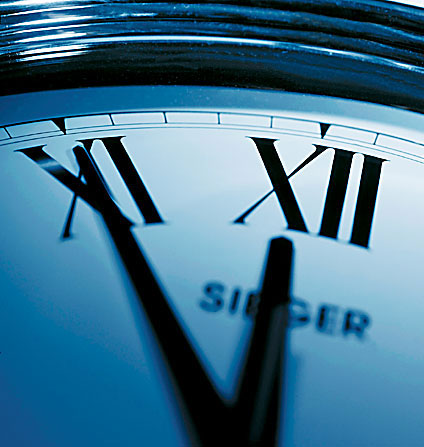 Ready or not, here comes a new year in aviation. And if 2005 is any indication of what we can expect, 2006 should be nothing less than remarkable. In the last year alone, general aviation (GA) has seen an unprecedented boom in new types of aircraft, pilots and technology. So here’s a recap of what made 2005 special—highlighting the most important developments—with an exclusive look at what we can anticipate in 2006.

Certi-Flyable
Newly certified aircraft made their appearance in 2005. Diamond Aircraft received FAA certification for two on its fleet. The first was the DA42-TDI Twin Star, featuring two jet-fuel-burning TAE Centurion 1.7 turbo diesel engines and a Garmin G1000 glass panel. The second was the DA40-FP, a fixed-pitch version of the DA40-180, which is equipped with a carbureted 180 hp Lycoming O-360-A4M.

After more than 1.5 million man-hours, Adam Aircraft finally achieved certification of its A500 centerline twin in May 2005. The carbon-fiber twin is powered by two Teledyne Continental TSIO-550 powerplants and features seats rated to 26 G’s, side-stick controls and airbags at the crew station.

American Champion Aircraft also joined the newly certified aircraft ranks. Its new High Country Explorer, a derivative of the Citabria, was certified during the latter part of 2005. The 180 hp backcountry high-wing flier runs on both 100LL and unleaded automobile gas.

Maule Air Inc. unveiled its latest addition to the family, the M-4-180V, a two-seat STOL aircraft. It’s an updated version of the original M-4 model and features Maule’s latest flap design, including its minus-seven-degree flap setting, a full gyro panel and GPS/comm with a moving-map display.

Other 2005 aircraft developments: The Tiger AG-5B and the Diamond DA40 received Chinese type certification, and the Liberty XL2 received its FAA IFR certification.

The Glass Menagerie
Glass panels have continued to play a starring role in all aircraft, and Avidyne (maker of the FlightMax Entegra) and Garmin (manufacturer of the Garmin G1000) are clamoring to add new OEMs to their list. In 2005, Avidyne has managed to cinch the deal with New Piper, which chose the Entegra to be installed in both the Meridian and Mirage. The Entegra will be offered in the two-seat Symphony SA 160 as well, and the company included a flight director and TAWS function on Cirrus SR20 and SR22 aircraft. It also released its MultiLink capabilities, which features XM WX and a two-way messaging service; CMax, which showcases Jeppesen’s JeppView digital approach charts; and weather radar.

Garmin likewise made plans of its own. Both the Cessna Skyhawk 172S and Tiger AG-5B received FAA type certification to fly with the G1000. Quest Aircraft has also selected the G1000 as standard equipment on the KODIAK, a turbine STOL aircraft with a Pratt & Whitney PT6 750 shp engine.

2006 Outlook
Raytheon expects certification of the Beech Bonanza G36 and the Baron G58 with Garmin G1000 glass panels. The Quest KODIAK plans on coming to market in early 2006 with the G1000 as well.

Garmin also added near-real-time XM WX and radio to the G1000 using its GDL 69A Data Link Receiver, a new remote sensor that brings weather information and audio entertainment to the cockpit. It appeared on all Cessna single-engine aircraft (except the 172 GA aircraft), the Tiger AG-5B and Mooney GX models.

2006 Outlook
Mooney will celebrate its 60th year with a special edition of its Ovation and Bravo lines.

Safety First
Safety features unlike those we’ve ever seen before also made their presence known in 2005. The AmSafe Aviation Inflatable Restraint (AAIR) system and airbags were offered as standard equipment on all new Cessna 172s, 182s and 206s, Mooney’s Ovation 2 and Bravo GX aircraft, and the Tiger AG-5B. The company also received an STC to install the AAIR system on Mooney’s M20K, M20M, M20R and M20S models. The system deploys much like an automotive airbag, using a three-point restraint system that the company claims minimizes head and neck injury.

Ever since Cirrus made the BRS parachute system standard equipment on its SR20s and SR22s, consumers and airframe manufacturers have taken notice. Flight Design, which produces the Flight Design CT, a certified LSA, and Symphony Aircraft, makers of the two-seat SA160, will offer it as an option to customers.

2006 Outlook
Expect a continuing series of press releases throughout the year from a variety of manufacturers announcing the addition of airframe parachutes.

New icing protection systems also made their mark in 2005. New Piper announced its Piper Inadvertent Icing Protection System (PIIPS) as optional equipment on its Saratoga II HP, Saratoga II TC, Piper 6X and Piper 6XT. Based on the TKS weeping-wing technology, the system pumps a glycol-based fluid onto the leading edge of the wings, horizontal stabilizer and propeller, and is controlled by the pilot with just a push of a toggle switch.

Columbia Aircraft Manufacturing (CAM) also came out with a deicing system called E-vade. The $25,000 option started shipping in the latter part of 2005, with retrofits in the works for older Columbias. The company also came out with its new “set and forget” climate-control system that allows pilots to set their desired cabin temperature using a digital display on the panel.

2006 Outlook
CAM will be coming out with Garmin G1000-equipped Columbia 350 and 400 models. Customers will be given the option of having either the Garmin G1000 or Avidyne FlightMax Entegra glass panels.

Be A Sport
Since the sport-pilot rule’s inception in September 2004, the sport-pilot and LSA industry has exploded. The past 12 months saw a lot of activity not only in the huge amount of LSA being certified, but also in the addition of sport pilots and instructors. Early in the year, the first group of sport-pilot examiners and flight instructors were certificated. By the end of the year, there were more than 40 new sport-pilot instructors ready to teach. There was one hitch, however. Finding aircraft at flight schools has been a difficult task in the past year, which was the cause of a major bottleneck in the rule’s first year.

A huge number of students have applied for the sport-pilot license. At the 2005 EAA AirVenture alone, more than 380 sport-pilot student certificates were issued. Written test materials were completed and available from the FAA and private companies.

Notable Newsmakers
In early 2005, the GA industry experienced a jolt when the FAA awarded a contract for the services provided by the 58 flight service stations (FSS) in the continental United States, Puerto Rico and Hawaii to Lockheed Martin Corp. On October 4, 2005, Lockheed Martin officially took over the operation despite last-ditch efforts by legislators and the FSS union to stop it. Lockheed Martin and the FAA expect the transition phase to take approximately 18 months.

Since SpaceShipOne’s record-breaking flight in October 2004, the new “space age” was born. The latest from Virgin Atlantic’s Richard Branson and Burt Rutan is that the duo has formed an aerospace production company to build a fleet of commercial suborbital spaceships and to launch aircraft. The new company will own the designs of the new SpaceShipTwo (SS2) and White Knight Two (WK2) launch systems, which will use the same care-free reentry and cantilevered-hybrid rocket motor technology developed for the first one.

Rumors of a new Cessna airplane, nicknamed the “Cirrus Killer,” have started to swirl in 2005. Cessna had kept mum about the subject until the latter part of the year, when a spokesperson confirmed the development of a “brand-new, next-generation” single-engine aircraft.

Citing confusion over the Lancair Kit Planes and the Lancair Certified Aircraft divisions, the latter half changed its name to Columbia Aircraft Manufacturing. The Columbia 350 and 400 will continue down the same production line, but will roll out from the newly named division.

New Piper has hired James K. Bass as its new CEO. Former CEO Chuck Suma will remain on the board of directors. Bass’ priority is to “grow, develop and expand Piper in such a way that is best for customers, our employees and our business.”

More than 50 Commander owners won a bid to buy all of Commander Aircraft’s failed assets. The owners have formed Commander Premier Aircraft Corporation with the hopes of continuing airframe production plus support for parts and services.