Since the accident last week on Southwest Flight 1380, there has been a lot of discussion of the role of the captain, Tammie Jo Shults, who immediately became a public figure after air traffic control recordings of her cool and measured response to the emergency got the attention of observers inside and outside of aviation.

But Shults’ place in the story is not without controversy, not because of the pilot’s actions in the cockpit that day but because of her gender. 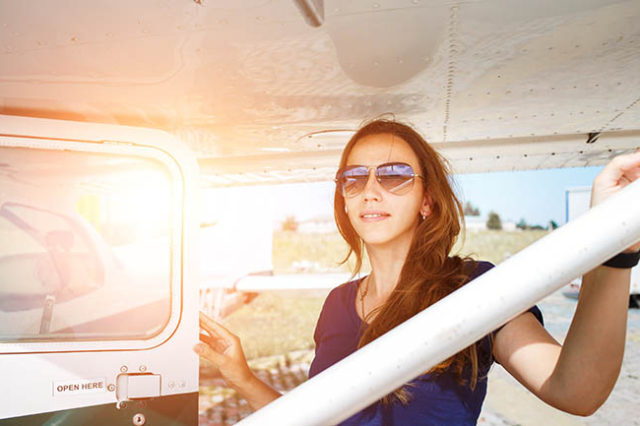 To recap and update the events, it was an absolutely uneventful flight for Southwest 1380 when without warning the number one engine on the Boeing 737-700 suffered a catastrophic, uncontained engine failure and the debris the engine cast off broke through the housing and shattered a single window on the side of the fuselage, sucking out of the resultant opening a seat-belted passenger, Jennifer Riordan, a bank executive from Albuquerque, NM. Riordan was pulled back into the plane by fellow passengers but still died of her injuries. The NTSB and FAA are investigating the mishap, and the FAA issued an emergency airworthiness directive yesterday, April 23, calling for the inspection of affected CFM56-7B engines with more than 30,000 cycles, of which there are fewer than a thousand worldwide. Shults and first officer Darren Ellisor did a remarkable job, making all the right calls and maneuvering their 737 for a single-engine landing in Philadelphia. (To read about five things Shults did right, check out our previous story on the emergency response.)

The controversy surrounding Shults wasn’t about the pilot at all but about the way she was being reported on, as a “female pilot.” In an opinion piece in the Washington Post last week, Pulitzer Prize winning journalist Beverly Weintraub asked the question, Why, if “Sully” was just a hero, do we label Tammie Jo Shults a “female pilot?”

There are two possible answers, one honest and one troubling. The honest one first: There aren’t enough women flying as commercial pilots in the United States. Among ATPs working for the airlines, just 4.4 percent are women. And this figure hasn’t changed appreciably for years, which is true for private flying, as well.

Why is this so? Good question. The answer is surely a complicated one, involving cultural expectations, an often-hostile work environment, and other, less easily quantifiable factors. And lest you doubt the hostile work environment factor, I had a senior captain at a major airline tell me that co-pilots overall were next to worthless and that he laughs when a women “co-pilot” shows up in the right seat. These kinds of dinosaurs are surely less prevalent than when this discussion took place 18 years ago, but they still exist, though I’m sure for the most part they’re less bold about sounding off with their repugnant brand of sexism today.

But that does get us to the second possible reason that it was pointed out that Shults was a “female pilot,” not because there are relatively few female pilots but because Shults’ cool performance flies in the face of some people’s low expectations for women who fly. Which is to say, there’s the expectation among some that such performance from a woman is astonishing because, well, you know, women aren’t naturally very good at flying planes and driving cars and such things.

So when observers applaud great work and point out that the feat was accomplished by a woman, they’re unintentionally implying that it’s surprising that a woman can do great things, or even everyday things in a professional manner. The commenters, almost always men, who make such tone-deaf congratulations aren’t intentionally insulting all women but that’s the effect. Such comments have the effect of patronizing, of saying, “atta girl!” The implied message is that they, the men in the room, are in charge of conferring approval upon a lesser form of pilot. It’s the same language as the now-horrifying but once common phrasing of someone being a “credit to their race,” as though the members of any group of people need anyone to provide proof of their value.

In a Facebook post I satirized this patronizing attitude when I congratulated “male co-pilot Darren Ellisor” on his “helping out” and told the “boys” to keep up the good work. See? When you flip the genders on something like this, the tone and the hidden assumptions become immediately clear. The truth is, that Ellisor did do a great job regardless of gender, the same as Captain Shults.

Yesterday a Facebook aviation friend, Shaylyn Marchetti, a CFI, recounted an incident in which she was preparing for a lesson for a student when that student showed up with a friend, and asked if they could go along on the lesson. Marchetti ran a weight & balance, and said, “Sure.”

Before the flight could proceed, a bad mag forced them to return to the ramp. After shutting down and deplaning the CFI was accompanying the group back to the briefing room and one of the passengers, a 20-something year old man, asked her how long she’d been instructing—about two and a half years, she replied. And then the passenger asked if she expected to be doing it for a long time. To this Marchetti replied, “No, actually, I’m heading to the airlines next month.” The passenger then asked, “Oh, so you’re going to be a flight attendant?”

It wasn’t a joke, though it wouldn’t have been funny had it been an attempt at humor.

And it’s not really funny that in 2018 women account for just 4.4 percent of the airline pilots in the most prosperous and technologically advanced nation in the world.

Yet, there’s no getting around the fact that this statistic is inextricably linked to that passenger’s boneheaded question about the destination career of a young pilot who just happened to be a woman.

And there’s no getting around the fact that commenters who feel compelled to label Tammie Jo Shults a “female” pilot never flew with her in her former gig: Flying F/A-18s for the United States Navy as a carrier pilot. No, the correct label for Tammie Jo Shults isn’t “female;” it’s “consummate professional”

Shults’ response to this whole thing has been consistent with her management of the post accident messaging. In a prepared statement she and Ellisor said “Our hearts are heavy. On behalf of the entire Crew, we appreciate the outpouring of support from the public and our co-workers as we all reflect on one family’s profound loss.” And Shults and Ellisor have declined public appearances, deciding instead, according to multiple reports, to focus on assisting with the investigation.