By ending production of the highly regarded but light selling TTx, Textron Aviation might be showing its long term plans for other models.

When Textron Aviation announced that it had ended production of the TTx single-engine piston speedster, the news was greeted with little shock, and most of the commentary centered on the angle that it was another Cirrus competitor leaving the market. But the move was interesting from other perspectives, too.

Textron (which as you know is the joint Cessna and Beechcraft mothership) discontinued the Mustang light twinjet late last year, and it was obvious why. The company couldn’t build them cheaply enough for it to make sense to have a product less capable than its M2 for just a little less. The logic behind the move to axe the TTx program is either just as simple or a sign of larger things. 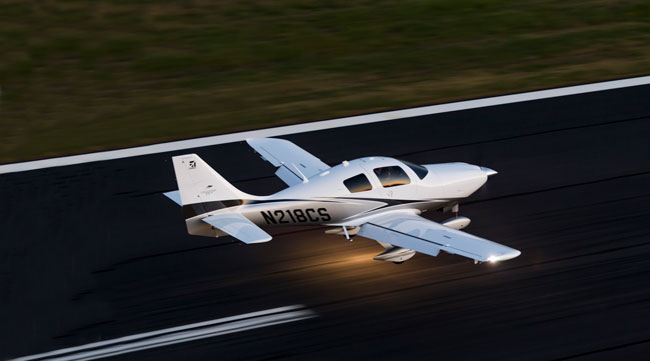 Did Textron say bye to the TTx because it was too expensive to build, they didn’t sell enough of them and it could better put its energies into markets where there’s more opportunity? That’s my first thought. My second thought is essentially the same idea on steroids. Textron’s culling of its lineup might mean not just a quarterly sanding off of spreadsheet columns, but a new approach to the business, one where there are far fewer niches, so if you want a TTx, you can get a 206 or a Bonanza or see one of its competitors. Same with the Mustang. But I’d stop short of thinking it in any way is a preview of a departure from light singles. The Cessna 172 dominates that market and while there are some worthy competitors, none are a threat to capture new market share from Textron.

But by using this same logic, it’s easy enough to suspect that other models are at risk. Is it possible that the 182 might go away? Or the Bonanza? Or the 206? Let me preface this by saying I have zero inside information on this (despite asking nicely) but the answer is clearly “yes.” Historic models are at risk of exiting production. I hope it’s not so, but it’s clear that Textron is dealing with shrinking markets for many of its piston models.

In fact, I don’t think that there’s a low-numbers production line at Textron that is safe. And while history and legacy are important to Textron, building airplanes is a tough business and sometimes that means having to make unpopular decisions.

Forgetting about the larger picture, an immediate question is, will Textron sell off the TTx business? They’re not saying, but I’m guessing not, though I wouldn’t be surprised to see the company buy up existing TTx planes (and their Cessna-made predecessors, the Corvalis and 350/400) and scrap them, as Beech did with its Starship in the early 2000s, thereby eliminating the need to keep parts production up and cut the liability tail. But this is unlikely, as Textron continued to sell TTx models until recently.

The real big question is whether the production of lower end (read, piston) GA models makes sense for a big company like Textron. Name another large company currently producing small planes. Arguably Piper is the only other candidate for that spot. And what do Gulfstream, Northrup Grumman, North American Aviation, Boeing and Airbus all have in common? They used to produce light planes but no longer do.

It’s not a new phenomenon, but light plane manufacturing has gotten even more siloed than it was just last week. The future is in smaller companies doing their one thing really well. That, unfortunately, makes it hard for them to diversify enough to weather economic trouble effectively, as we’ve seen is par for the course in aviation but not a real business plan or survival strategy. Let’s hope the new Part 23 will help to spur the development and introduction of new light planes.

Regardless, I’m sad the TTx is going away, in part because it’s a great airplane. But the TTx’s twilight is part of a larger picture, the TTx’s end being a small part of a decades-long downward trend in light aircraft manufacturing that means fewer and more expensive models, along with less diversity and charm in our skies, both things that matter to pilots, a lot.