The old dial-up service is on its way out. But, oh, how it changed our lives for the better.

The FAA’s coming elimination of the original computerized weather briefing and flight-planning tool is a sad thing, though in this case, it was the right time and the right thing to do.

The FAA established the Direct User Access Terminal System (DUATS) way back in 1989, and it was way ahead of its time. In an era when few people had PCs and our phones largely were still attached to our walls back home, DUATS was a revelation. By dialing in with a computer modem using the phone as a data carrier—don’t laugh too hard, fax machines still do the same thing—users could check the weather, plan a flight and file a flight plan, all things that pilots previously had to go through Flight Service to do, either by calling them up—800-WX-BRIEF—or stopping by a local FSS to drop it off or get a briefing in person.

I’ve visited a Flight Service Station exactly once, in the mid-1970s when I was learning to fly. Remember that this was at a time when a Casio calculator watch could draw a crowd and pilots used actual slide rules to plan a flight. My visit to the FSS at Barstow-Daggett Airport was done kind of school field trip style. It was my primary flight instructor, Si Campbell, a former Forward Air Controller in Vietnam and retired F-104 and F-4 instructor pilot—who thought it would do me good to peek behind the weather curtain. 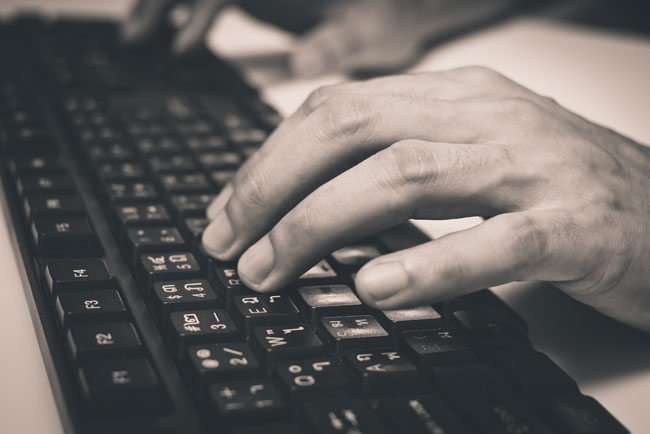 The specialist we met at the one-story pale salmon-hued cinder block office, the swamp cooler rattling away behind him, was kindly and patient, which was good. What he showed me about weather was a lot for a kid new to the science of flying to absorb. He showed me the different charts, and pages-long printouts of textual weather reports and forecasts.

Yet I worried that I’d never get good at reading the coded reports, a prediction that was right on the money. I did ask about plain language briefings though. After all, in a perfect world with no such data constraints, the FAA and National Weather Service could just use English to communicate such things. The benefit of such imagined magic was obvious. I’d be able to make sense of the briefings.

Those codes were largely indecipherable to me, and I asked the briefer behind the linoleum topped counter why they used codes anyway. Why not just write it out in plain English? It was, he explained, because in the early days when the FAA was limited to a very small pipe to transmit data, the codes saved precious bandwidth. Then he explained to me, and he was the first of about two dozen people to deliver this same message, that once you learn how to read the codes you’ll never dream of wanting plain text reports again.

I was skeptical of his argument but didn’t say so because clearly he was a man in love with the coded reports, and my mother taught me to treat other people’s loved ones with respect. My saving grace was the telephone. Since Flight Service Station briefers were fluent in the code, a simple phone was all it took to get what I needed for my flight.

DUATS changed everything. DUATS came out in 1989, and I started using it early on, as soon as I got a computer, in fact. The new service was a revelation. The service was provided by a contractor, and by contract they had to provide X, Y and Z to the end user, and with two providers, one hosting DUATS and the other DUAT, there was an arms race between the two firms to win users.

I forget in what order and when the providers rolled out features, but over time it got to the point where the service would do just about anything a pilot could dream of. You could plan your flights, get surface observations for airports along your route of flight, get weather graphics and file a flight plan. Best of all, there was an option to get your reports in plain text. The system was trained to do what I never got good at: translating the codes into usable language. There were some rough spots. For instance, it took me a while to figure out that a cloud of Volcanic Ash (VA) probably wasn’t constantly covering the state of Virginia (VA), but for the most part the plain language option was a blessing.

The functions that DUATS provided were all things you could do with a call to a briefer, which is something we all still did when we were at the hotel far from a modem. While phone briefings were still available, I used them only when necessary. I’d occasionally get a great briefing from a specialist who was clearly a pilot, but more often than not, I felt as though the briefing was done to check boxes and cover butts rather than give me really useful information.

But the greatest thing about DUATS was that it was a blazingly fast way to go flying. Let’s say I was flying IFR from Bridgeport, Connecticut, to Myrtle Beach, South Carolina. Pre-DUATS, I’d have to dig out the paper charts, find my routing, note it on a piece of scratch paper and then use that to call FSS and get a briefing and file a flight plan. Instead with DUATS, I just enter my departure and destination airports and it would give me a routing. It was lazy, I guess, but DUATS routings were really good. And in an age when almost everybody was flying VOR to VOR, there were lots of twists and turns and mileages to add up to see how long the route really was so ensure you’d have adequate fuel and, if necessary, to find an alternate.

Whereas doing my flight planning with a paper chart and flight plan form might take me a half hour or longer—I was probably a little slower than most folks—with DUATS I could go in, get a briefing, look at some graphics, plan my route, file it and be done in a couple of minutes. Did I miss talking to the briefers? I didn’t. I was glad they were still around, and I knew lots of other pilots who called for their flight planning needs every time, but I felt that as soon as DUATS arrived, FSS was largely obsolete.

I guess I knew we’d get to the point where DUATS became obsolete itself, replaced by readily available weather through apps and websites that give you impressive graphics, plain language reports and weather products, like reliable icing forecasts, we could only have dreamed of back in the day. These apps go even further, taking that core weather data (along with NOTAMS and TFRS) and integrating it into the moving map itself, as if magically animating a paper sectional chart so that when you hovered your finger above Myrtle Beach airport, a little plain language note would rise up above the clutter and tell you that the ceilings were low, but still VFR.

The FAA plans to phase out DUAT(S) over the next few months. I’ll be sad to see it go, but truth be told, I haven’t dialed in for ages. I plan my flights, get my weather and file my flight plans from one of the many apps that do a great job with all those chores. I love those apps, but if any of you developers are reading this, one request. How about you add in that modem sound, which website MetaFilter transcribed as “Pshhhkkkkkkrrrr​kakingkakingkakingtsh​chchchchchchchcch​*ding*ding*ding*, so those of us who cut their teeth on dial-up will feel connected to our briefing experience once again.