Two days after the tragic early October crash of the Collings Foundation Boeing B-17 known as Nine-O-Nine, I wrote a piece for Plane & Pilot online in which I called out the comments of some of our fellow pilots in the aftermath of the crash.

The post seemed to resonate with pilots, especially those who fly warbirds.

Every airplane crash is one crash too many, but some just get to me. This one did. And I didn’t even know any of the people aboard the WWII-era bomber, at least not directly. Regardless, the aviation universe is small enough that there are only one or two degrees of separation between us all.

I didn’t know the pilot of the B-17, Mac McCauley, but I have dozens of friends who did. And while I’ve never flown on the Collings’ B-17, I’ve flown on and flown more than a few warbirds, and I have the ultimate respect for the talent, dedication and commitment to safety of the men and women who fly them. If there are any of these pilots, many of whom are volunteers, who don’t measure up to that standard, I have yet to fly with them.

According to a piece in a 2014 issue of Plane & Pilot, McCauley had more hours in B-17s than any pilot in history, more than 5,000 as of 2014, a total he surely added to greatly in the intervening five years. From his friends on Facebook, I learned that Mac liked good coffee and would visit the local animal shelters when he was on the road, to walk the dogs, because he missed not having one with him as he traveled on Collings’ nationwide flying tours.

So when people talk about what the pilot should have done differently, I get upset. These are people who have never flown a B-17 or any big warbird, for that matter. This I know for a fact, because if they did fly vintage heavy iron, they’d have never said a word. So when they weighed in on how a pilot flying a B-17 should have responded in an emergency situation, the details of which we still don’t know, they weren’t only showcasing their ignorance but also insulting people they didn’t know while discussing a subject about which they know even less.

On a different but related subject, yes, it’s sad that a great old warbird like Nine-O-Nine is gone. Is it irreplaceable? It’s not. But even if it were, that wouldn’t matter much. The tragedy of the crash of Nine-O-Nine isn’t about the loss of a plane. It’s about the loss of the people aboard that plane, people your friends or friends of friends almost certainly knew, perhaps knew well. And it’s about those passengers who almost none of us knew, non-pilots for the most part, men and women who were going on the kind of flight they’d probably dreamed of making for years.

It’s that gulf between dreams like those and the reality of crashes like this that hit so hard. That flying can, in one instant, breathe the wonder into our souls, and in the very next moment crush it. It’s not fair. But it’s the way it is.

And while we’re out there, let’s wag wing for those flown west, and do it like we mean it. It’s what they would do for us.

I just finished reading a piece on Forbes.com by self-described futurist Blake Morgan, and it was an eye-opener. Many people, she says, are declining to travel by plane because it uses too much fossil fuel. Moreover, she points out that globally, in 30 years, aviation is slated to contribute 25% of greenhouse gases to the atmosphere. She even shares that there’s a word in Swedish, flygscam, which I do not know how to pronounce, that Swedes use to describe their shame over flying.

Sweden, bear in mind, is a relatively small country with a good rail and ferry system. The choice Swedes have to make between traveling by rail and flying is a much different choice than most people in the world are faced with.

Morgan goes on to say that “zero-emissions planes could soon replace traditional fuel-powered airplanes to drastically cut back on air pollution,” a statement she makes in the paragraph following a list of bullet points in which she points out, last on the list, that in order for this to happen, both “batteries and regulations need to improve.”

Along the way, Morgan points to successful experiments with an electrically powered plane, seemingly as proof that electrics are on the horizon. I wish she’d taken some time to understand what’s really going on with those planes. They’re extreme experimental machines, designed to be exceptionally light and low in drag. Even with millions in engineering to achieve those results, they can fly for barely an hour. And these are very light planes that in no way resemble anything that could be certificated to carry passengers. I’m hopeful we have passenger-carrying four-seat airplanes in 10 years. Airliners? I think not.

Weight in airplanes is everything. In planes designed to carry paying passengers, it’s more than everything. That’s why the improvement of engine technology to provide better than 30% improvement in fuel efficiency and an even greater reduction percentage wise in emissions over the past three decades is big news, news that Morgan seems unaware of or chooses not to mention. And her claim that aviation emissions have increased leaves out the reason for the increase, that more people have the means to travel by air, so there’s more flying. But it’s being done in far more fuel-efficient planes than ever before, a trend that continues.

Morgan’s brief note about batteries, however, could’ve been, I’d say, should’ve been the main subject of the piece. Yes, if battery storage capacity improves to rival that of jet fuel, or even be in the same conversation, then, yes, I agree, we “could soon have” zero-emissions airliners. But if I were calling myself a “futurist,” as Morgan does, I’d rather focus on where we are now and how far we have to go.

So what is the difference between the energy density of today’s batteries and that of jet fuel? The fossil fuel is 50 times more energy dense. Morgan claims that predictions are for battery energy density to improve threefold in 10 years, a claim I’m doubtful of, but let’s say it’s true. And let’s say that in those 10 years, jet engines get 10% more energy efficient, a modest prediction considering that with fleet replacement, more efficient planes will push relative fuel hogs out of the picture in large numbers over the next decade. Batteries won’t be gaining on fossil fuel at all. And while engine efficiency improvements are fact, the idea of improving battery capacity is based more on hope than on science.

I hope it happens, too. But I wouldn’t base a prediction for how our aviation future will play out based on a dream of a spectacular scientific breakthrough when even tiny improvements in battery capacity are hard fought.

As pilots of small planes, could we, if we really wanted to, defend our use of fossil fuels to do what we love? Not really. But we can reassure ourselves with the knowledge that our impact is incredibly small. Relative to cars and buses, small planes represent a tiny fraction of 1% of the impact on the environment. For some planes, that impact is comparable to driving a big SUV.

I have little shame in admitting that while Swedes might be victims of flygscam, the term I use for my feelings about flying is a different one: I say, “toperoff.” 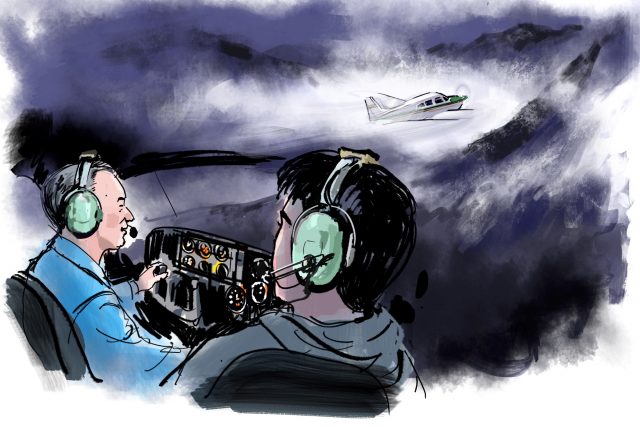 Going Direct: Why So Many Plane Crashes? 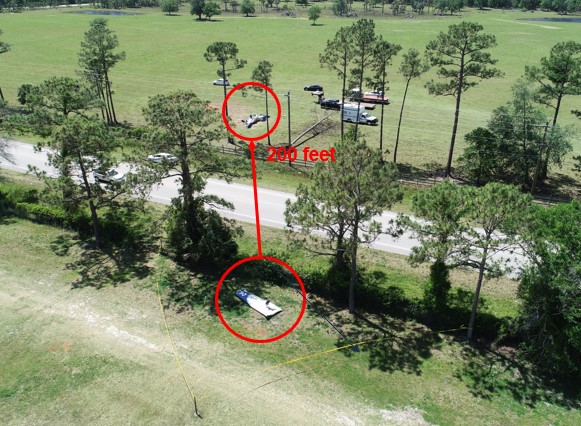 47 thoughts on “Going Direct: How People Are Talking About The B-17 Crash At Bradley Airport”