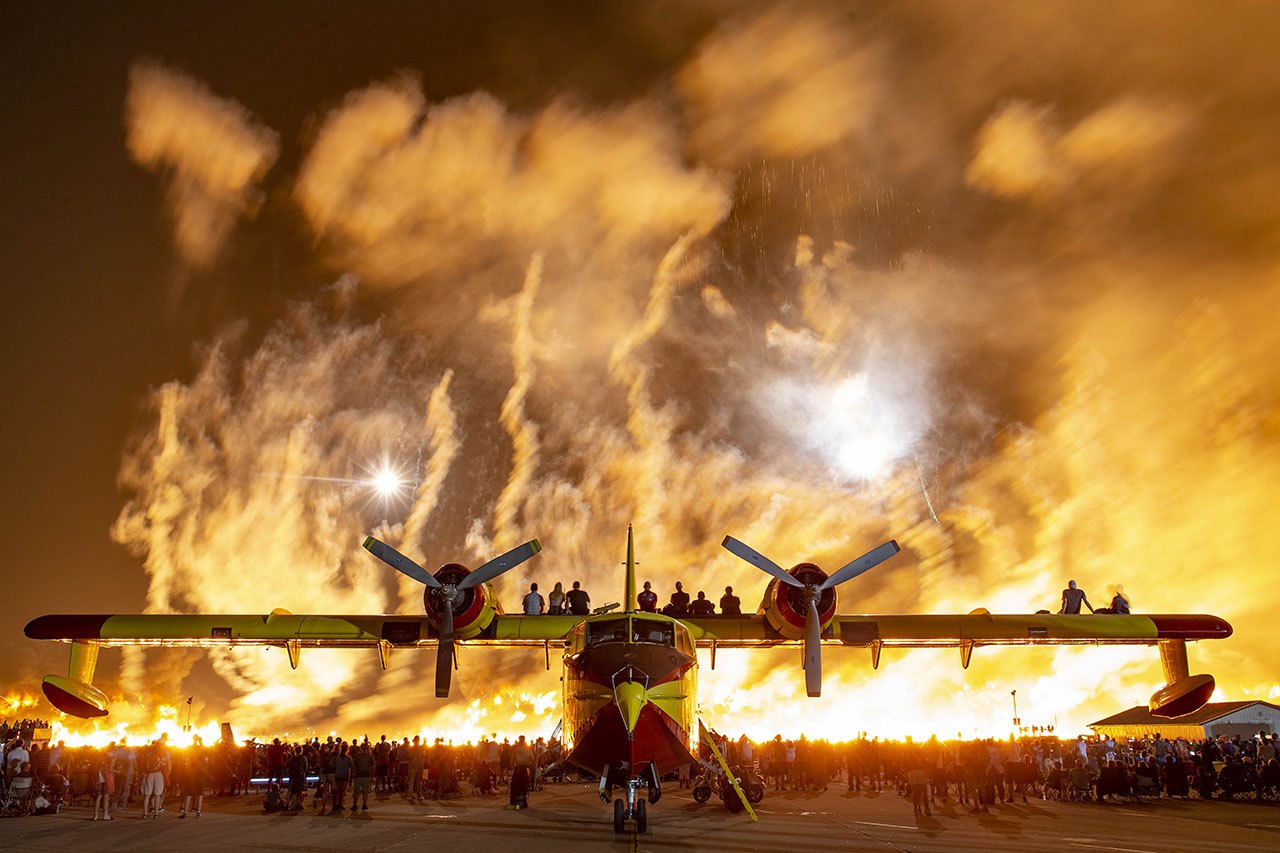 A lucky few night-airshow goers feeling the heat from atop the wing of a Canadair water bomber. Photo courtesy of EAA, Chris Miller