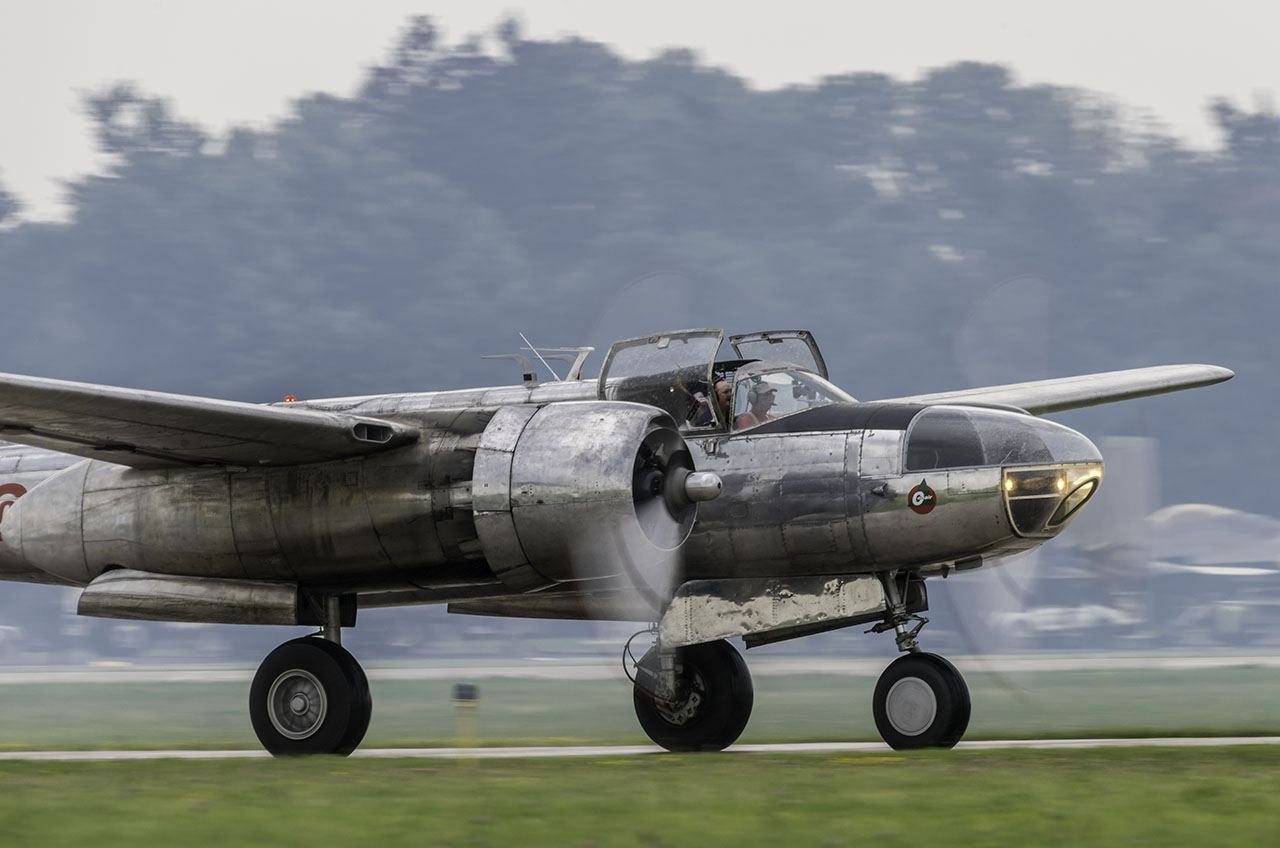 A World War II vintage Douglas A-26 Invader taxis in. Photo courtesy of EAA, Will Campbell