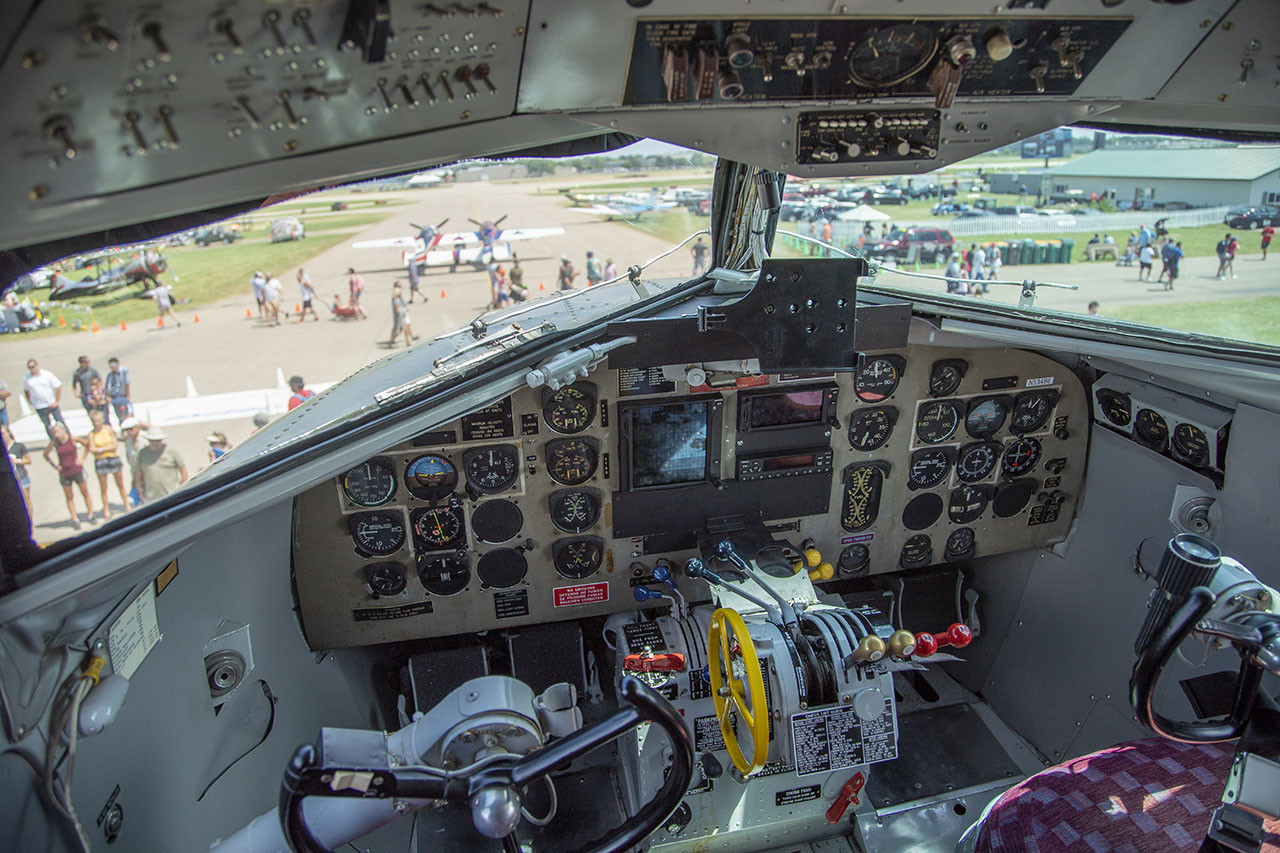 A view of the show from the flight deck of a Douglas C-47. Photo courtesy of EAA, Andrew Zaback