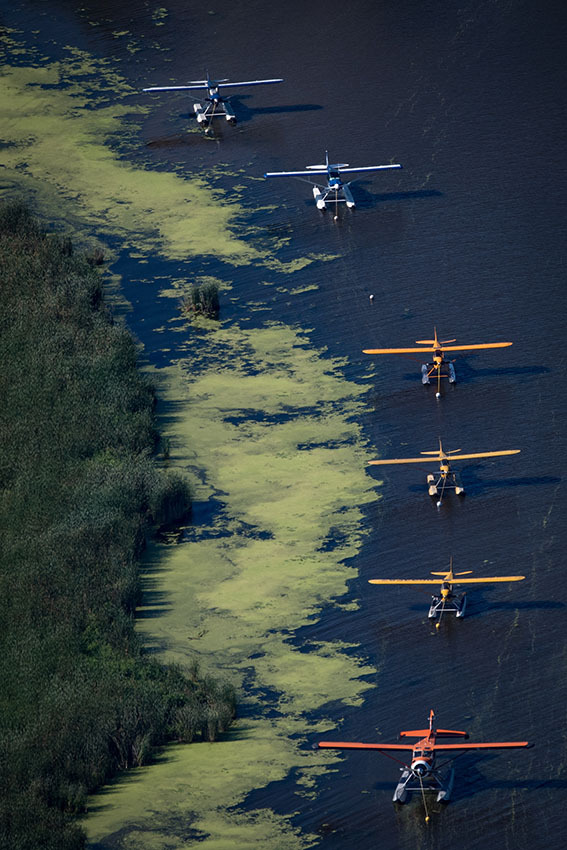 Float planes lined up at the EAA Seaplane Base. Photo by Jim Koepnick for Plane & Pilot