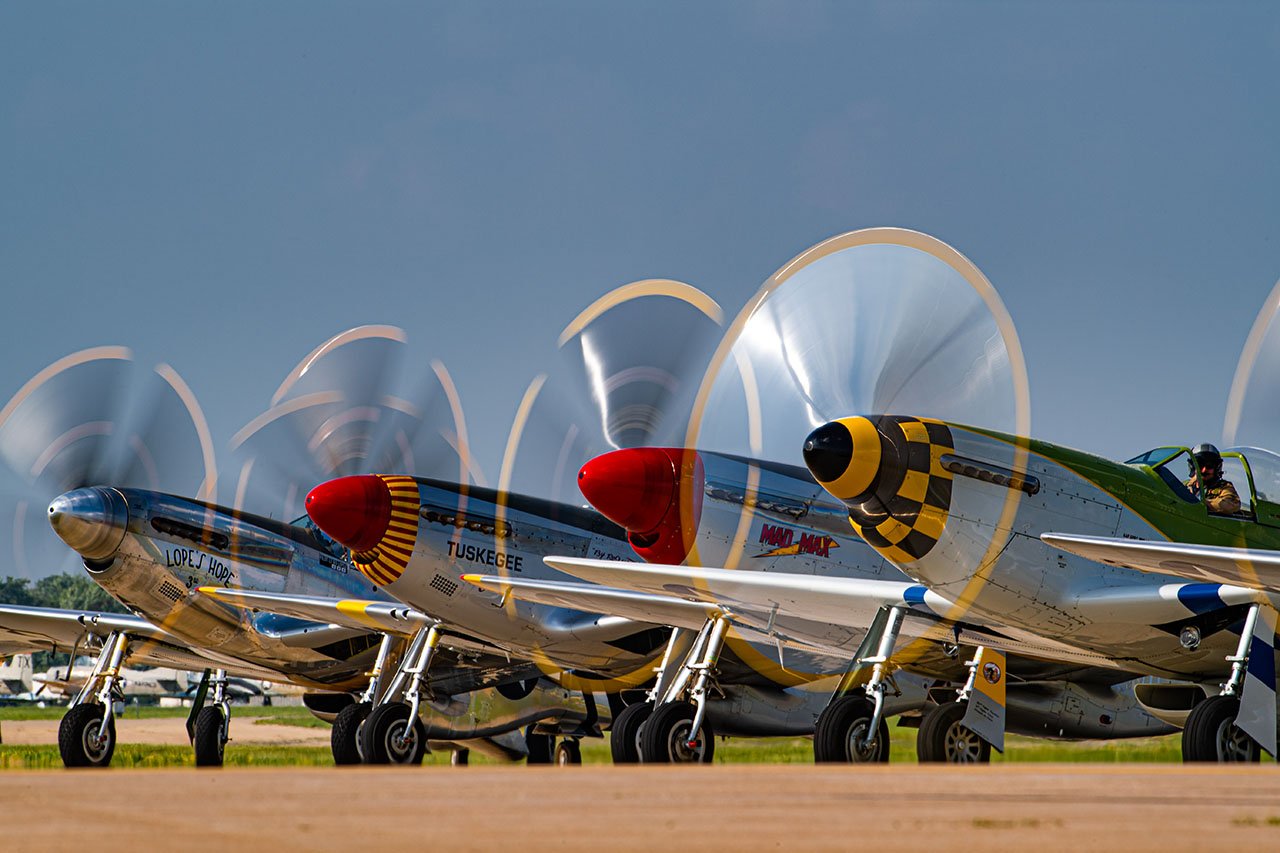 A lineup of P-51s, their props ablur, ready to take to the Oshkosh skies. Photo courtesy of EAA, Camden Thrasher