Photographers During The Night Airshow 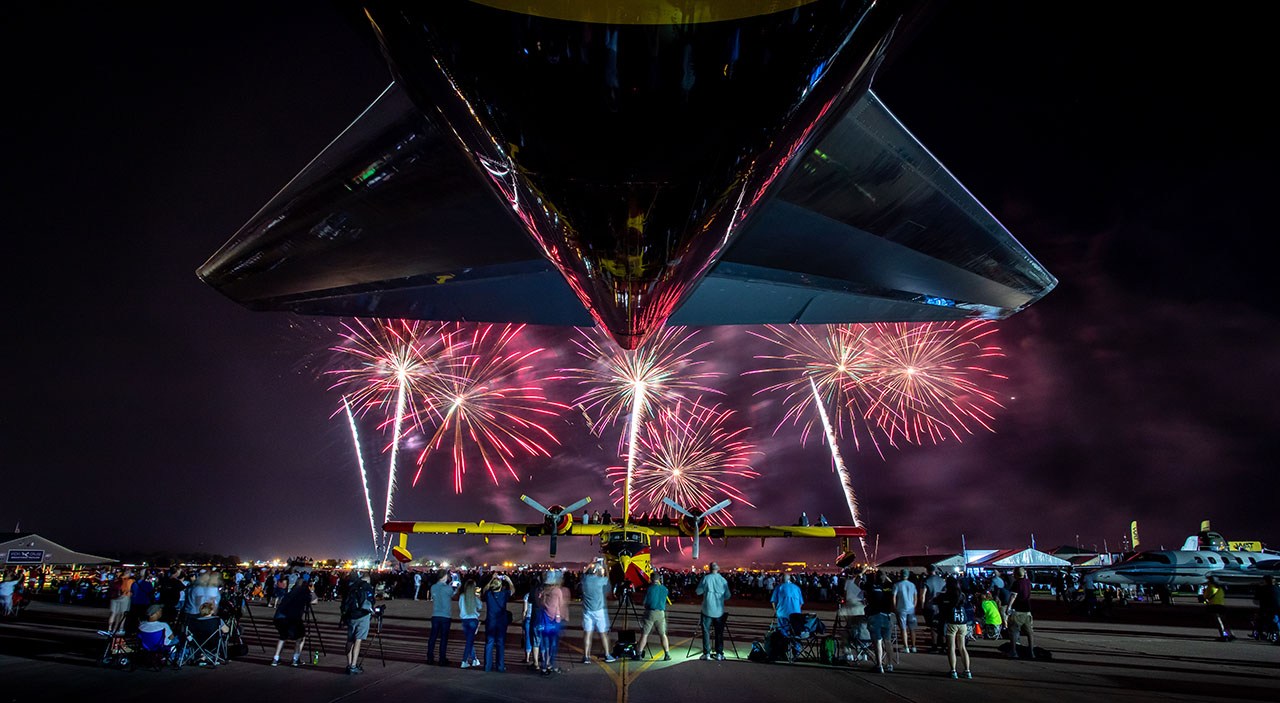 Photographers line up to get that perfect shot of the night airshow. Photo courtesy of EAA, Steve Dahlgren