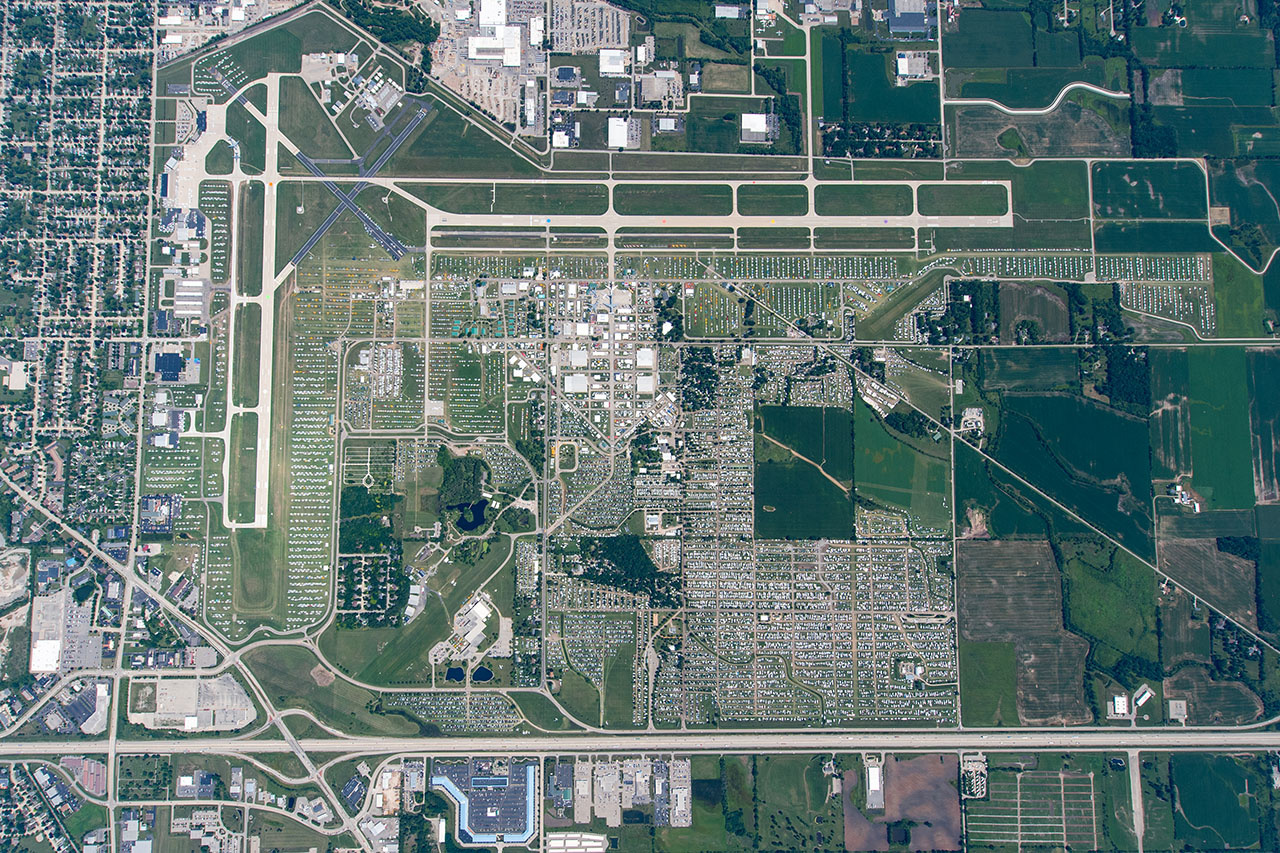 Where the magic happens. Wittman Regional Airport in Oshkosh, Wisconsin, and the surrounding area, which transforms from a quiet mid-sized town to the craziest aviation locale on the planet for one week a year. Photo courtesy of EAA, Phil High