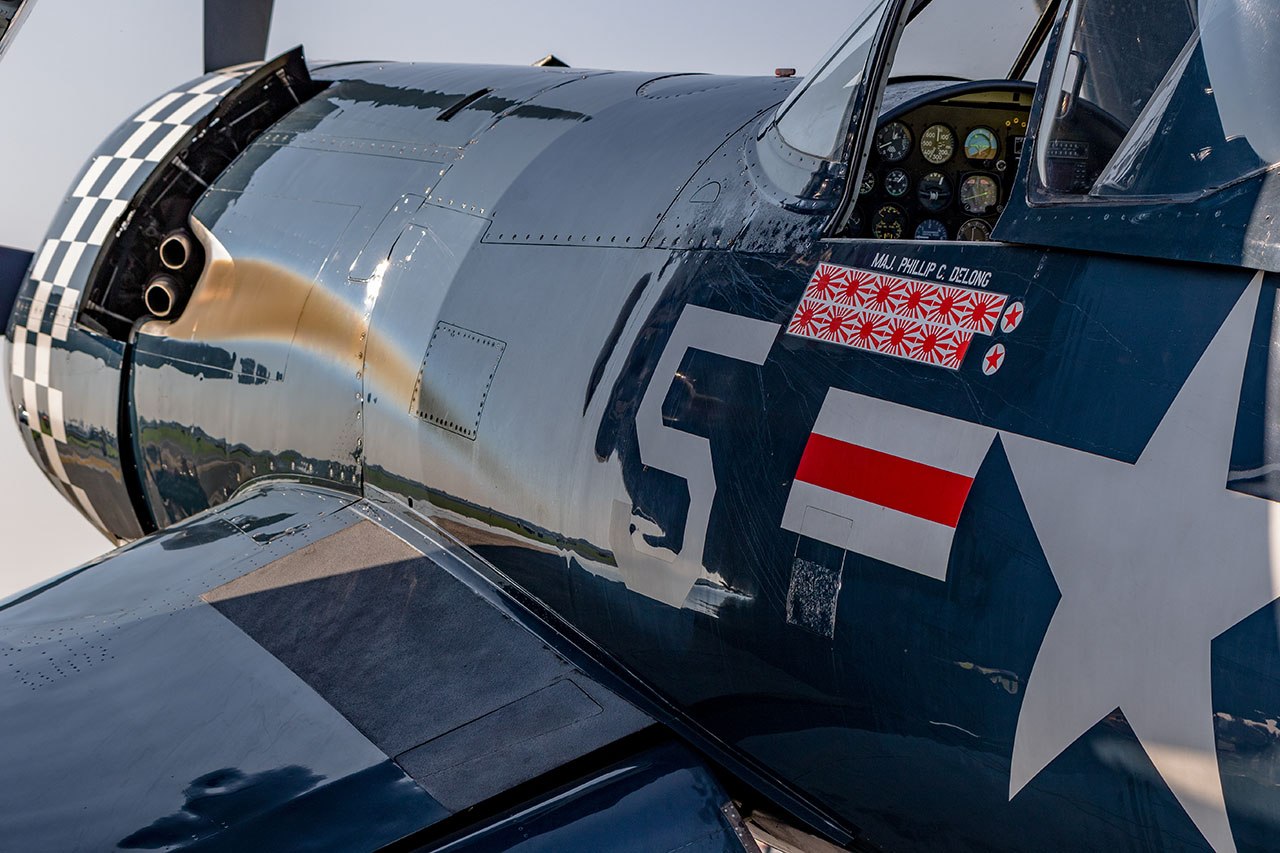 One of the most popular, beautiful and rarest warbirds at Oshkosh, a Vought F4-U Corsair. Photo courtesy of EAA, Andy Thompson