Two planes collided over Colorado’s Cherry Creek State Park southeast of the city of Denver today, and amazingly, there were no fatalities. But one look at the larger of the two shows that it easily could have gone very differently.

The planes collided at approximately 6,400 feet. The Cirrus, with two aboard, was able to deploy its chute and landed in a state park that happened to be right below it.

The other plane, a Swearingen Metroliner, is a small, twin turboprop plane that is popular in the freight hauling industry. It was able to land safely at its destination, Centennial Airport (KAPA), located a short distance from where the midair occurred. The flight was operated by Key Lime Air, which is based at Centennial, which is one of the busiest GA airports in the country. Key Lime operates both passenger charter and freight versions. This was the freighter version, flown by a single pilot, who was uninjured. 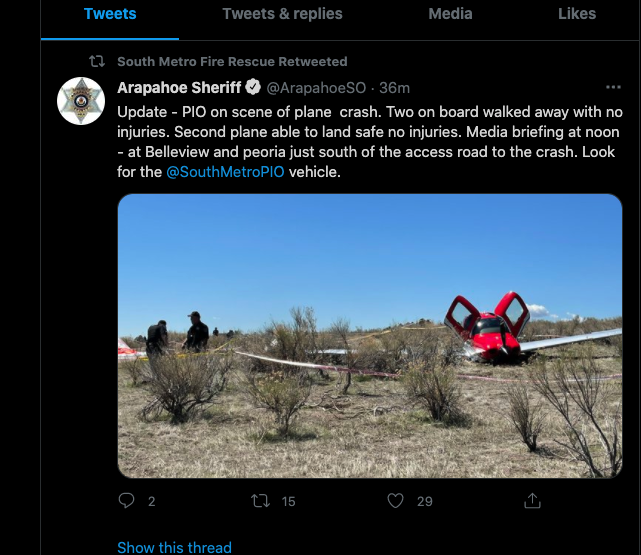 The SR22 came down under its whole-airplane recovery parachute system, which lowers the entire aircraft to the ground when one of the occupants pulls a handle. In coverage of the post-accident scene, local newscasts are showing a red-and-silver Cirrus SR that has come down largely intact. In some photographs, the deployed chute is visible, and reports are that the plane did indeed come down under the canopy and that both occupants are unharmed. It’s not clear from the photographs, taken at some distance, what damage the Cirrus sustained, but based on the damage to the Metro, it most likely hit the larger aircraft with its landing gear and possibly propeller, taking a huge chunk out of the fuselage of the pressurized twin. 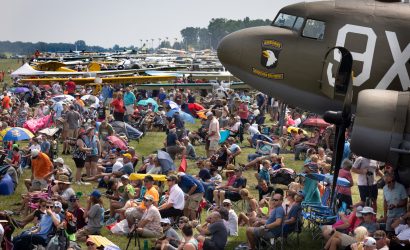 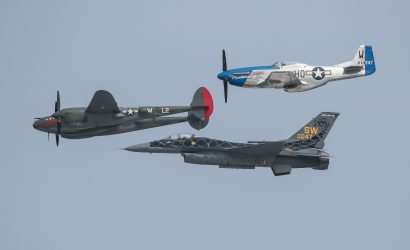