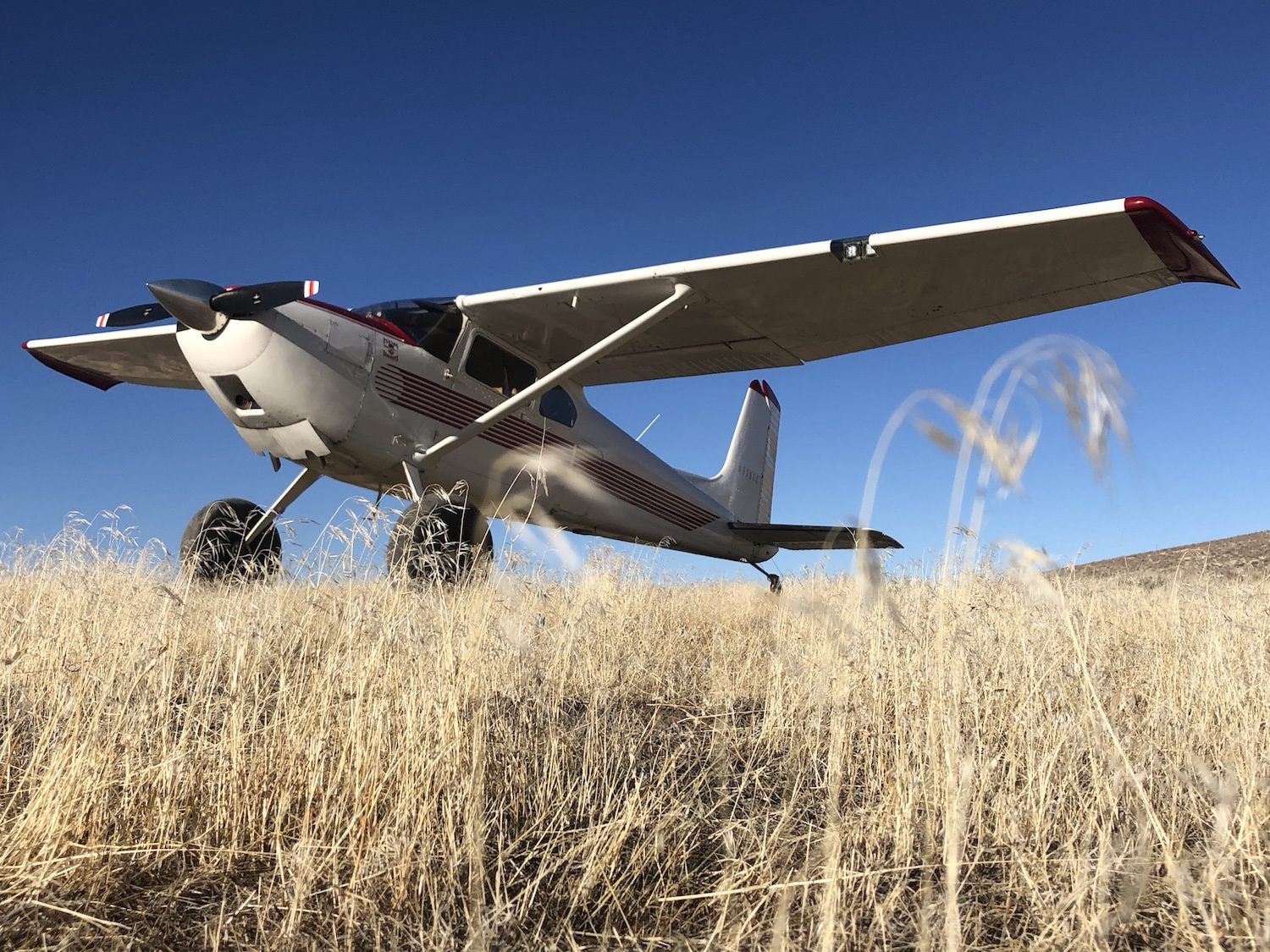 Shawn Stover got this shot of his pretty Cessna 180 on Tower Saddle in northern Nevada on New Year’s Day. The 400-foot-long landing site overlooks Pyramid Lake to the east.