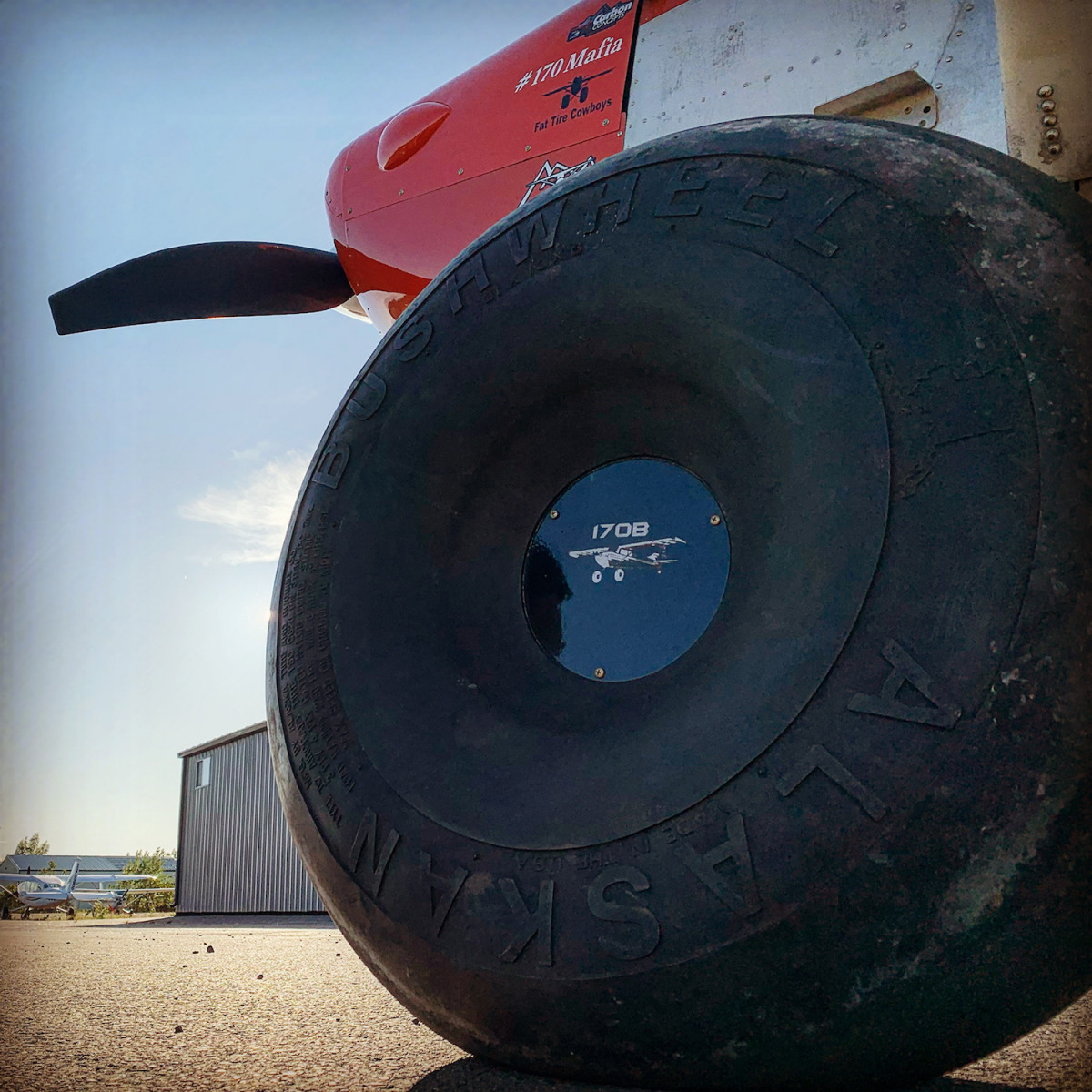 Terry Godes got this shot of a buddy’s 31-inch Alaska BushWheels bush tires. Terry is a member of a group of avid Cessna 170 flyers dubbed the 170 Mafia. Respect!