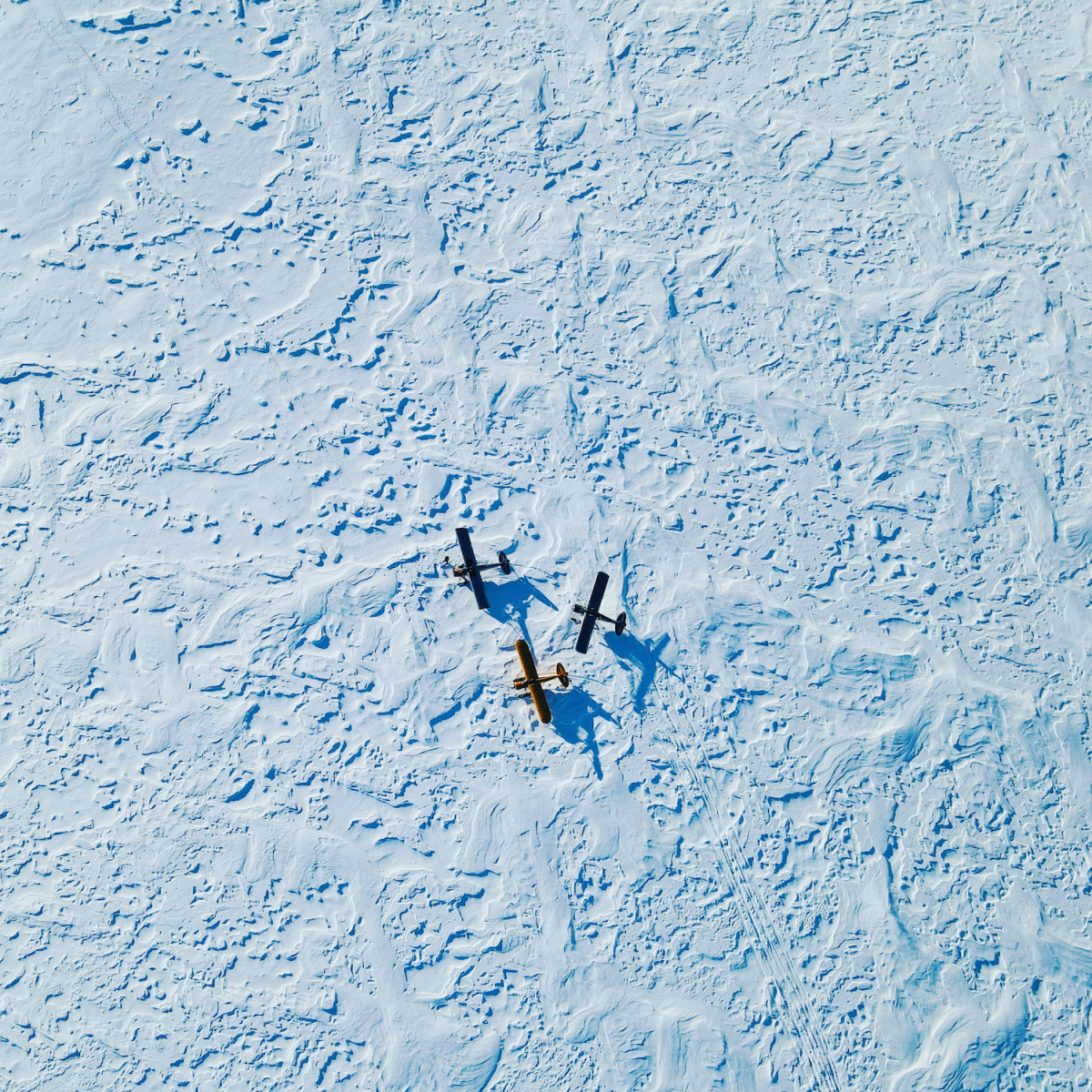 Todd Christensen got this drone shot of a trio of Super Cubs, including son Ty’s, on a glacier near the Chugach Mountains at 7,000 feet.