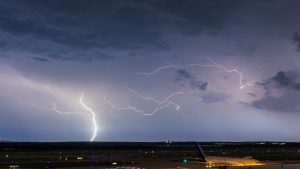 Lightning doesn’t always hit the ground, but when it does, it prefers to blow things up. In this case, that thing was the runway at Richmond International (RIC), which was home to a wild electrical storm the other day. There was damage done, as one strike went cloud to ground and blew a substantial-sized—as in you wouldn’t want to hit it at high speeds—hole in the runway.

In our view, the photo, taken by Richmond Airport Ops and posted by the airport management, is remarkable in two ways. One, it shows the enormous voltage associated with a lightning strike, which is why you don’t ever want to get hit, and two, it shows off the enormous voltage of the strike! Note, as some readers have, that the hole is not only melted… there’s also no associated debris, meaning that the lightning strike vaporized the asphalt. The airport has already fixed the pothole and got the job done safely when lightning failed to strike twice, thank goodness. 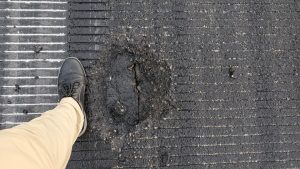 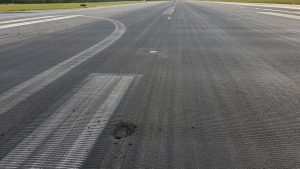