Self-flying planes? They’re here already! This light-sport model was unattended when a windstorm came up. Since planes fly due to the lift of their wings against the relative air flow, the plane doesn’t know where that airflow is coming from. If it gets going fast enough, there are no two ways about it: It’s going flying. There was no one aboard this pretty little plane when it went airborne, though we can only imagine the after photos are less pretty. No word on whether any bystanders were hurt in what must have been an ugly landing, but we’re guessing with that much wind blowing, folks were safely inside waiting for it to blow over. 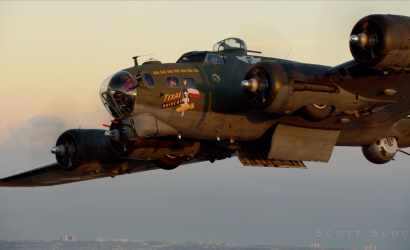