The sides are aligning in what’s shaping up to be a new aviation cold war between owners and operators of aircraft that use 100 low lead (100LL) aviation gasoline and the Environmental Protection Agency (EPA), which late last year issued what it calls an “endangerment finding” on the only leaded gas in the industrialized West. The finding is part of the EPA’s typical approach to issuing new regulations, that is, to first say that it knows there’s a problem before publishing a Notice of Proposed Rulemaking (NPRM) that it believes will mitigate or solve that problem. In this case, that problem is the very existence of 100LL.

The fuel is brilliantly and deceptively named. It’s in no way low in lead, just slighter lower than the most-leaded aviation gasolines that came before it. But for decades now, the fuel has been largely ignored by the EPA, in large part because there were no good lead-free replacements, and the path to an industry-wide transition is complex and problematic in many ways. It’s human nature for people to put off addressing a problem that’s tolerated, and aviation over the past few decades has done just that. There have been initiatives to develop unleaded aviation fuels, but they have not moved the needle much at all.

To their credit, organizations seem at last to understand the danger of the path we’re on. The formation last year of a coalition, called the Eliminate Aviation Gasoline Lead Emissions (EAGLE), lays out the current vision. Lead in our avgas is going away, so we need to make the transition to an unleaded alternative as smooth as possible, and no one thinks it will be anything other than a wild ride.

With its publishing of its endangerment finding on 100LL, the EPA has essentially started the clock. Most folks believe that 100LL will be history by 2030, though to be clear, the EPA could ban it tomorrow. It won’t, but it could.

Uncertainty abounds. How do we get to that lead-free future? Who will manufacture it? How will it be delivered to vendors? How will it be stored and then distributed to end users? Each one of these issues is a hornet’s nest of potentially fiendishly-difficult-to-resolve issues. We need the work of EAGLE and we need it now. Well, we needed it in 2010.

In an open letter to the EPA, a group of aviation alphabet organizations sent the EPA a clear message, which is, to paraphrase, “Slow your roll.” Unparaphrased, the coalition laid out the landscape and underscored the stakes, “The General Aviation (GA) industry consists of some 220,000 aircraft, supports nearly 1.2 million jobs, and generates an estimated $245 billion in economic impact annually. It does not include military or commercial airline aircraft, although it does support those industries in ancillary ways. GA supports many additional functions besides recreational flying including but not limited to air ambulance, law enforcement, charter, commercial transport, business, disaster response, aerial firefighting, and critical flight training activities.”

That’s not as much a comment as a statement on the facts. It also added that while there exist alternatives to 100LL for many, many small aircraft, there remain a number of higher-performance models that need a fuel that can, like 100LL, protect engines from harmful effects of high-compression ignition, including knocking and preignition. Those aircraft, the coalition added, “…consume 70-75 percent of all avgas sold in the United States.”

There’s much ignorance about the subject. For most owners of small aircraft, there already are alternatives, such as GAMI’s 100UL, though how and when it will be widely available remains to be seen.

One writer penned a letter to me a few weeks ago taking me to task for reporting on the current tumultuous avgas situation, saying that no airplane can fly with unleaded gas, which is just flat-out wrong. This kind of ignorant luddite is uncommon in aviation. Pilots are smart and informed. But they are loud and the likes of AOPA and EAA (and now us at Plane & Pilot) are forced to deal with them.

But in the real world, there are things we know are true and that will very probably come to pass. Our common avgas, 100LL, is living on borrowed time. Whether we do anything about developing alternatives or not, it’s going away, almost certainly by 2030. Insisting that leaded avgas is an absolute requirement is a view that will doom us.

Survey Results: Your Thoughts On the Future Of 100L and the Threatened Closing of Reid- Hillview Airport 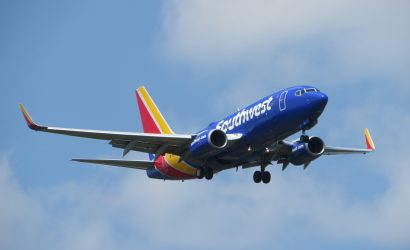