If you’re an airplane owner, you know the feeling. Every year at annual inspection time, you experience repetitive stress syndrome in your index and middle fingers while you wait for the call from the shop on “the damages.”

For those of you who own, or have owned, an airplane, the reason for this level of anxiety is obvious. The cost of an annual is, well, whatever it winds up being. When my 182 went into the shop for its one and only annual inspection while I owned it, I hoped for something $2,500-ish. Multiply it by three, and you get what the six-week exercise actually cost. Add in a dozen or more phone calls, the same number of emails (most unanswered), a couple of, “We’re gonna take a look at something that might be wrong with fill-in-the-blank,” and you get why I was thrilled it was less than $8,000. I was lucky, too. And for owners of twin turbine-powered aircraft, the $8,000 is the cost of the shop opening the hangar doors at the outset. Oh, and don’t forget engines. Need a new one? That might wind up costing you the better part of $25,000, and there are so many things that can go wrong with them.

I know it’s tempting to throw shop owners under the air-bus. Work is often late, our little planes are often last in line, or so it seems, the cost of everything seems outrageous and the whole thing winds up feeling as though mechanics just want to take you for as much as you’re worth.

But that’s frustration talking. Are there unscrupulous shops? Of course there are. But in my many years in this industry, for every sketchy outfit turning wrenches on small planes, I’ve known a dozen shops that are 1) completely honest and transparent; 2) on your side in trying to keep costs down as much as they can, even to the point of repairing stuff they could have sold you a new part for at four times the cost and 3) working long hours in a tough environment that’s not without its occupational hazards.

The problem is that they’re working on complex machines incorporating numerous systems, and the whole thing is beat up, down and sideways every time it’s used, even when we give it our smoothest landing…evuh! Oh, and these machines are old. My really valuable old Skylane, now owned by a friend in Florida, is vintage 1964 technology. The fact that these things are flying at all any more is a testament to some pretty good design back in the day.

The problem isn’t the shop, at least in most instances. It’s the marketplace, which is a really bizarre one—one I’m hard pressed to find an analog for in our economy. Fifty-year-old planes represent the great majority of the used fleet, and the used fleet represents the great majority of the overall fleet. Buying a new plane is the obvious solution, but new planes are expensive to make and to support, and their costs, consequently, are high. So the while the choice between a $70,000 50-year-old Skyhawk and a $100,000 new one would make it a horse race, that new Skyhawk is closer to $400,000. Again, it’s not Cessna’s fault. That’s just the way the economics of it work out.

Is this subject to change? One would hope so. The free market would suggest that new companies would rise up to build cheaper and better planes, but again, planes are just really expensive to build.

A lot of pilots are turning to kit planes, and that makes sense. But how sustainable is it? Probably not very. A kit plane takes a couple of thousand hours to build, on average. Is it worth it? Friends who’ve done it tell me that it definitely is. And that it consumes their entire lives. And that the happiest day of their aviation life is when they’re done building it. It’s an amazing undertaking, but it is not for everyone. It’s not even for most people.

So the rest of us fly used planes, usually opting for the latest-model one we can afford. For many of us, that would be a plane that’s 40-50 years old. And so with checkbooks at the ready, we prepare to make peace with our yearly visit to annual inspection land, and we keep those fingers crossed. 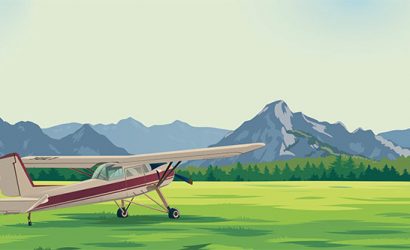 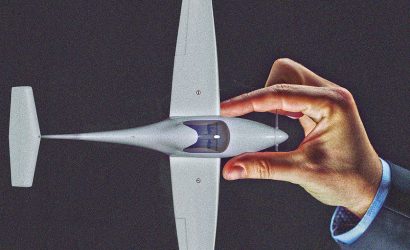