The closing of Aerion Supersonic and the end of the line, most likely, for its AS2 supersonic bizjet, is one of the least surprising turn of events in aviation history. Not only was it an ambitious goal to work toward the production of a supersonic bizjet, it was an impossible one.

Not that it’s impossible to design one of these aircraft. Hard? Yes. Impossible, no. We understand the nature of supersonic flight, and in the 50+ years since Concorde debuted, the powerplants for such craft have gotten way better, thanks to the development of jet engines for military applications. With them, supersonic cruise without afterburner is a very real possibility.

But one of Concorde’s downfalls, one of many, in fact, was that it couldn’t fly much over land, and even then, it had to stay subsonic until it got over the water. So there were limited fight paths available to it.

The plan for Aerion, and everybody else looking into this technology today, is to produce an aircraft that has a greatly mitigated sonic boom, a sonic “thump,” perhaps. The technology and science behind the concept are unproven in actual use, though it seems possible. But it would be even harder to pull off than the supersonic bizjet design part which, remember, is really hard.

So, what does it tell you that none of these big players wanted in? Boeing dipped its toe in the water with investment in the company but pulled it right back out without getting any wetter than that. Was Aerion really going to do this on its own? Hardly. The idea is laughable. Certificating a new bizjet that’s not supersonic and doesn’t depend on emerging technology and regulatory concessions for its very existence is a staggeringly steep goal. Look at Textron Aviation’s stepping away from its wide-body bizjets. The Columbus and the Hemisphere were both shelved, the former in the wake of the recession of 2009 and the latter due to engine supplier Safran’s failure to deliver the engines it said it would. And neither of those jets would have been cutting edge or revolutionary. They were just a big step for Textron, and it stepped back from both. So, if companies with the resources to actually pull this off let this opportunity pass them by, and they all have, I’m guessing they had good reason to fold their arms and watch others try. All of which underscores the fact that a startup developing a supersonic bizjet on its own was far-fetched.

But that’s not all. Let’s talk about tree hugging for second, too. As much as Aerion might have tried to push the notion of its supersonic jet—to be clear, not even a prototype was built—being anything but hugely consumptive of resources while thudding its way around the globe was pure nonsense. And while big bizjets are what they are, they essentially do the same thing that small airliners do, only with fewer people aboard. And while the presumedly small number of AS2s cruising around would have had a negligible impact on emissions and climate, it’s a terrible look for potential customers, all of whom are all about alternative fuels and carbon credits. How much of a sales outlook could such a plane possibly have—Aerion claimed $11 billion in backlog, but how much of that was actual money? And how long can you operate on the promise of cash ahead once this never-done-before jet comes to pass, in, what, 10 more years?

I love the idea of a supersonic business jet as much as the next airplane geek, but the whole idea of a startup building one never made sense and likely never will. 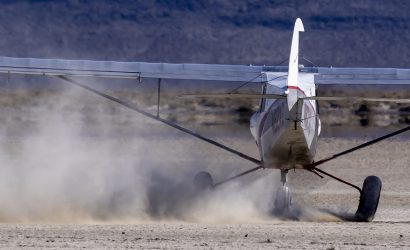