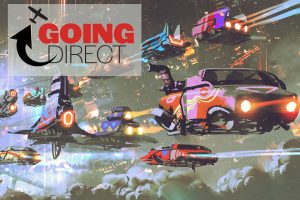 A company in Slovakia recently made a demonstration flight of its flying car doing the actual flying car thing, that is, taking off from somewhere, flying somewhere else, landing there and then driving off to somewhere you can’t fly to. The company is Klein Vision, and its car, the AirCar, is really kind of cool. It is beautifully engineered, by all outward appearances, that is, and its origami folding from plane to car is worth the price of admission. Though not really.

The problem with flying cars is that they seek to answer a question that absolutely no one is asking. That is, how do I drive away from the airport in my plane instead of a rental car or Uber or loaner car? Implicit in the question is, of course, the fact that there are many ways to get somewhere via roadway after you land at an airport. No one needs to turn their plane into a car to do that. No one. Anywhere. Ever.

We all know what the real dream is: To be stuck on the 405 when it’s in parking lot mode (which is almost always, right?) and then to take off from the crowded freeway to the wild blue and waving buh-bye to all the ground-bound suckers fading in the rearview.

But here’s the question: If your car can already fly, why are you driving in the first place? Why’d you merge into stop-and-go and then stop-altogether traffic if you could have just flown over it to begin with? It makes no sense. Not to mention that it’s not legal just about anywhere to take off from a freeway, even if it were safe under uncontrolled conditions, which it isn’t.

The fact that flying cars are a stupid idea hasn’t stopped them from being the dream of everyone who hasn’t spent much time thinking about flying cars and why they make no sense and why you don’t really want one because there’s nothing that they could do that you can’t already do better, cheaper and faster.

And it hasn’t stopped other aircraft designers from using the name for craft that are not roadable (a term, by the way, that is among the most horribly precious in all of aviation). Those non-car flying cars are also often unpiloted aircraft, some of which are meant to carry human passengers and some of which are meant to carry stuff, such as Amazon’s coming drones will probably do at some point in everyday life.

Don’t worry, though. This is all academic. Flying cars will never happen in any form that goes beyond parlor art. And those people who call their drones or autonomous planes or just regular piloted planes “flying cars” will likely continue to do so as long as visions of the Jetsons’ flying cars (which, I must point out weren’t cars at all) dance in our heads like technological sugar plums for a future that will never arrive. And thank goodness for that. 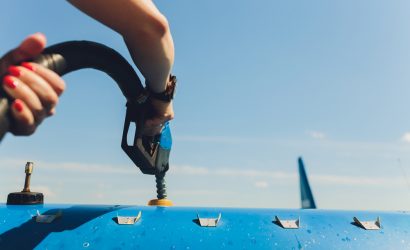