It’s often said that how one reacts to tragedy is as important, or more so, than the effect of the tragedy itself. It’s taken 20 years for me to understand that in the case of the attacks of September 11th, it was quite literally true. The terrorist attacks that day, on innocent civilians and honest military men and women as they worked at their desks or chatted on their phones or flew in airliners through clear blue skies, killed around 3,000 people, 3,000 human beings who should still be with us today but who aren’t. Despite the enormity of the tragedy, the damage that was done was so much deeper and broader than numbers could possibly represent, both then and now. Twenty years, two devastating wars, and hundreds of thousands of lives lost later, the attacks reverberate painfully.

In 2001, I lived and worked with my small family about 20 miles north of the Twin Towers, just across the New York border. As I pulled into the parking lot at work that morning, I heard the first confused reports on the car radio, just before I was going to switch it off. I sat and listened. It was definitely concerning, those first reports, but I had no idea. I did know that, given my job of aviation journalist, I’d be writing about it. At that point it seemed to have been an unexplained crash of a small commuter plane into a building in New York. If only it had been just that. But within the hour, all of us in our small office understood that the magnitude of the event was greater than we first thought, greater, in fact, than we possibly could have imagined.

In silence we watched the television news in our publisher’s office, crowded in, sitting on the arms of chairs and desk tops, grimly watching as the smoke rose and the towers burned, then fell.  And they fell in a way that did not seem possible, but we knew it was real, that we were watching the loss of a thousand lives or more before our eyes.

Not knowing exactly what was happening or how wide an attack was being launched, I drove to pick up our child from her 2nd grade class. The normally orderly lot there was jammed with cars parked at odd angles, frightened parents hurrying in to hold their children and hurry them home. I walked into the front entrance, its hallways filled with parents doing just what I was, and I found our kid right away. I hugged her and drove we drove home. Where the four of us just sat together and held each other. It mattered so much. I later heard that a father of a child in my daughter’s same grade was feared lost. At the time he worked in one of the top floors at the South Tower. But a couple of hours after both buildings fell, he strode into the school hallway and grabbed his child and held him tight. He had missed his normal train into the city that morning, and that was the only reason he was alive to hold his child once again.

The story was just beginning. The nation immediately went into a no-fly mode. Every plane was ordered to land immediately at the nearest possible airport, and all air traffic was grounded while our leadership tried to figure out what was happening and if there were any more planes involved than the three that had crashed into buildings—two into World Trade Center Towers and one into the Pentagon. There was one more, United Flight 93, that was hijacked and later crashed in rural Pennsylvania after passengers, learning what had happened in New York and Washington, stormed the cabin.

The days and weeks after the attacks are a blur of emotion for me, the memories like water flowing over river rocks in a slow-exposure photograph. But life was somehow going forward, though I had no idea how and still don’t. As it was, I needed to travel weekly into the city for medical care. On each trip in after getting off the FDR and dropping into the city, I was greeted by a New York I didn’t recognize. It was as though every citizen had lost a loved one in the tragedy. It was mass grief on a scale I had never seen and haven’t seen since. Around me as I walked the few blocks from the parking structure to the clinic, I saw homemade posters of missing loved ones lost in the attack tacked and taped up on previously blank walls that became photocopy memorials to missing loved ones. There remain, 20 years later, more than a thousand people whose remains have yet to be found and identified. I am not surprised, just horrified. Having watched the towers fall on live TV, I knew even then that many of those posters represented a loss that would never be explained.

As an aviation writer, the attacks of September 11th and the monumental tide of change that followed is the biggest and most tragic story of my lifetime. At the time, it felt as though flying would never be the same. I marked off those days in my otherwise busy logbook with black slashes from a giant-sized Sharpie, like shrouds over those days of flightless skies. And for a time, it was unclear if all flying would need to be done under positive control, meaning no VFR anywhere, or if other onerous restrictions might be placed on private flying. We all wondered if it would be the end of flying small planes as we knew it.

We had good reason to wonder. To prevent a recurrence of the failures that led to the 20 terrorists boarding four different airplanes, hijacking them all and attempting to fly them into buildings, with three hitting their ghastly mark, the federal government established a broad new framework of extensive and invasive security measures, including the establishment of the Department of Homeland Security and the Transportation Security Administration within it, that changed the way we flew, both as pilots of personal aircraft and as passengers on air carriers.

Some of the regulations made sense, such as the requirement that flight decks be secured, while others, like the establishment of a no-fly zone in Washington, D.C., has all but outlawed private flights anywhere near the capital zone, while allowing commercial aircraft, which were the ones weaponized in the attacks, their same previous access. New York City, on the other hand, the site of two of the attacks and the vast majority of the casualties, both physical and psychic, opened its skies again. Despite their different approaches, neither city has suffered another attack since.

Even though they played no role in the attacks of September 11th, in the aftermath, many if not most Americans came to believe that small planes posed a tremendous threat to our security, and the mainstream media played along with this falsehood. Four months after 9/11, a teenager stole a Cessna 172 and intentionally crashed it into the side of a Tampa, Florida, bank building, killing himself and damaging a single office. Still, the sense that many Americans had and still do is that small planes present an existential threat to our security. Luckily, at some point, leadership in Washington figured out that focusing on light planes was a waste of its funding, so it backed off most of the heavy-handed restrictions, like prop locks on Cessna 152s at Boston-area airports or required escorts for pilots walking out to their Bonanzas, and spent their money elsewhere.

After a few weeks we all started flying again. My first flight was a few weeks after the attacks, shortly after the airspace had opened back up. I drove down to Bridgeport, Connecticut, where my flying club was based, silently commiserated with my friends who worked at the desk as I picked up the keys, and was escorted out to the single-engine Piper I’d be flying that day, as though one false move and I could be a real danger. It was surreal. After getting the cranky Lycoming started–it had been sitting for a couple of weeks—I contacted ground control and cycled through to the tower and then approach controllers. Things had changed. There was a bond between us that was new. We had always been connected, those of us who occupied ourselves with the necessary business of flying, but that day, it became clear that we were strangers occupying the same airways and airwaves. We were family, our lives and emotions melded to a degree that only tragedy can forge.

I remember that the sky that day was the same as on the morning of September 11th, a severe, almost painful blue, and as I motored along the North Shore of Long Island Sound a couple of thousand feet above the earth, it struck me that the morning was an eerie twin for that September day a few weeks before, though the trees below my path had turned to crimson and yellow in the interim. But it wasn’t like it had been before. Yes, I was flying again, but despite the din of the plane’s engine churning out its heat and the big paddle-bladed prop clawing its noisy way through the air, I was surrounded by an eerie silence, one that had nothing to do with sound. The sky just seemed impossibly empty and blue, like our hearts, I suppose, in those days and months and years following that worst day in these American skies. 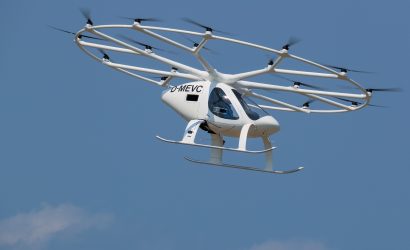 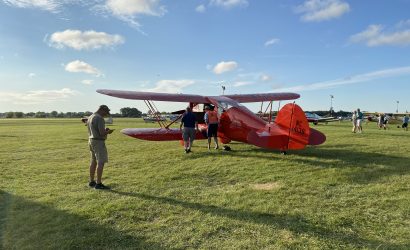 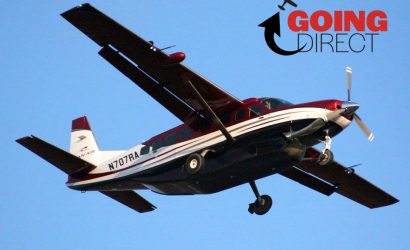