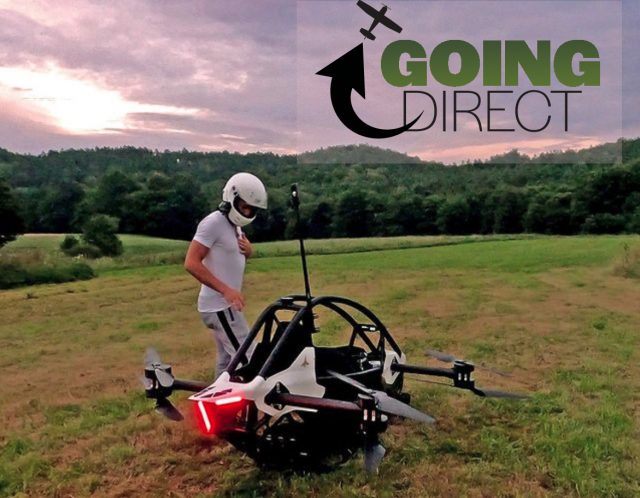 Like everybody else, I watched the video of that “Star Wars”-looking, Hanna-Barbera-themed Jetson ONE motorcycle-quadcopter-speedster-space cruiser and thought it looked fun. But as I was smiling, I was also brimming with skepticism (okay, schadenfreude). I’ve been around aircraft for a while, and I’ve been a student of the history of sport and light aviation for almost as long, so I know that there are huge built-in obstacles at every step along the way for any company creating a new product that someone can buy and safely fly.

There are nearly endless ways to screw up the design. There are even more possible ways to get tripped up in executing that design, all of which might be amplified by the concept being flawed to begin with.

The regulators are in the business of making it hard to get a new flying anything approved, as they should be. And electric multicopters, as much as you see them depicted in the media, aren’t real products yet. They don’t have the thousands of hours under their belt drives that it takes for imperfections to bubble to the surface. The regulators’ job is to figure out the ways in which the concept is flawed and the ways in which the execution of it was wrongheaded or shortsighted or just plain dumb. It happens to the best of companies. And regulators do sometimes fail to notice or red flag those issues, e.g., the 737 Max debacle, though nobody wins when they do overlook something critical. The manufacturer wants the regulators, needs the regulators (or at least some objective, independent and strongly critical eyeballs) to help it do its job.

And remember, we don’t have a body of evidence for what will go wrong when 10,000 or 100,000 multicopters hit the skies. It’s totally new stuff.

So, what does this have to do with a far-fetched little sky scooter hailing from Nordic lands? Everything. And mostly in a good way.

The realization that the Jetson ONE might be the exception to the rule came to me gradually. But the more I thought about it, the more I went through my unofficial list of the ways this could go wrong, the less skeptical I became.

First, regulations. As an ultralight, presuming it can be built and weigh in at 254 pounds or less, the regulations are largely non-existent. A Part 103 craft isn’t an aircraft at all, at least not according to the regulation. It’s an aerial vehicle. The maker doesn’t need to get the aerial vehicle type certificated, and they need zero approvals to build and sell it. They just need to build a thing that doesn’t exceed the limits of Part 103 and convince people to buy it. If that seems unthinkably reckless, well, get a time machine and tell that to the FAA, which dreamed up 103 almost 40-odd years ago. The Jetson ONE is pegged to go as fast as 60 mph—the legal limit is 63. It’s got a seating capacity of one, check. It will stall at 0 mph, way slower than 27 mph, the UL maximum, and it will carry 0 gallons of gas, 5 gallons less than the UL tankage capacity

But what about the thing itself? How safe it is likely to be? Well, as far as ultralight rules are concerned, it doesn’t matter. But it matters to me, and it matters to you, because carnage is never a good thing, so I had to look at this question closely.

When ultralights first burst onto the scene even before the birth of 103 in 1982, they had all the built-in issues of any fixed-wing aircraft, and then some. The “then some” part is noteworthy. They were built by companies, some of which weren’t experienced at building aircraft, which was as scary a thing in real life as it is in the imagination. They had a lot of built-in drag, they could stall and spin just like any other fixed-wing airplane, and they were often being flown by people with zero aeronautical training.

Before a sailcloth-clad mob descends on me, the ultralights that emerged after the segment came to its senses were, for the most part, good airplanes; the industry banded together to figure out how to train pilots in a one-person aircraft (they cheated and then apologized later), and they made safety into an industry-wide effort.

Philosopher George Santayana’s suggestion that studying history immunizes one from repeating is clearly and provably false. People today are just as boneheaded as they were 100 years ago; some would say more so. But today, things really are different. And that is not because human nature has changed—far from it. It’s because technology has come to the rescue.

That technology is primarily (and in this specific case) computerized flight control that prevents pilots from doing anything too stupid. What could go wrong that the computer would need to fix? Any number of things, really, but with triple redundant systems, if they’re integrated well, the chances for a systems failure could be greatly reduced. And remember, the chances of a systems flight control failure in a Part 103 ultralight with a self-trained meat-based flight control system are approaching 100 percent. So, this is orders of magnitude of orders of magnitude better, even if it’s not perfect.

The other thing that will freak out pilots with any knowledge of multi-engine flight and its failure modes is the nightmare thought of engine failure on a small quad-engined craft. The company says that the ONE will fly with ONE engine inop, which is great if true. But the kicker for me is the whole-aircraft parachute recovery system, which will fire off automatically, or so they say, if anything goes super wrong. So, there’s a backup to a system that can continue to function with a missing motor by using a triple-redundant full-time flight control system with built-in envelope protection.

Once I’d realized that this kind of craft might be a game changer, I asked myself a couple of follow-ups. Is this an aircraft I would fly right now? Probably. Very probably.

And the next one was an eye-opener. Would this be a compelling product if it cost $200,000, could whoosh along at 180 mph and fly for three hours? Remember, it lands and takes off vertically and hovers automatically. Of course it would be. And if manufacturers could somehow improve a small multicopter’s endurance to 45 minutes or an hour, it would be even more compelling. A one-seater like that would hover right off the shelves.

Remember, though, that it would no longer be an ultralight but, rather, an aircraft, because it would be faster than 63 mph and presumably much heavier than 254 pounds. So, the FAA would be all kinds of concerned about everything having to do with it. It could, bear in mind, be built as a kit, and because the simplicity of the construction—there are no wings or tail to build—it would be an extremely easy build, possibly less than fifty hours, this compared to a thousand and up for fixed-wing kit planes.

But back to the current Jetson ONE. Now, granted, at a proposed price of just under $100,000, a figure that’s sure to rise, and with a flight endurance of just 20 minutes, the Jetson ONE is not that compelling of a product.

Yet. I repeat, yet. And the first popular and successful ultralight multicopter might wind up being some other model from some other company. In fact, it almost certainly would be.

As it stands now, the endurance of the Jetson ONE is way too short, and scaling up any design like this will be hard because the weight of a design increases fast as soon as you start enlarging the drawings for it, even more so when batteries are involved.

But the fact that I was even having conversation with myself and that we are having this conversation now, says something. In fact, it says a lot. PP 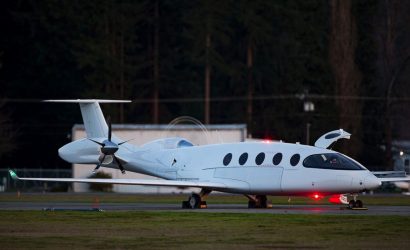 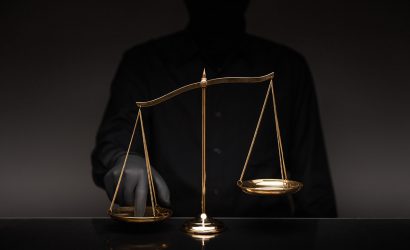 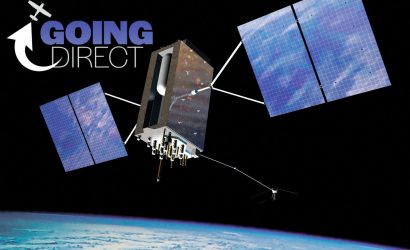