In 2019, when a helicopter crashed on top of a building in New York City, one person, the pilot, was killed, and the fire the crash ignited atop the Axa Equitable Center was quickly extinguished. As a result, then-Mayor Bill de Blasio called for the cessation of all non-emergency helicopter flights in the city. It was the only aviation-related death in New York City that year, while there were two pedestrians killed by cars… every single day of that year on average, which resulted in no policy changes. Bottom line is, many people are terrified of aircraft, and public safety policy is often made in reaction to those uniformed emotions while ignoring the data.

A stark example of this is the last fatal crash of a U.S.-based scheduled airliner in the nation, which happened in February of 2009, when a Colgan Air Q400 went down in icing conditions on arrival into Buffalo. All 49 aboard the plane were killed in the crash, and one person on the ground died when the aircraft struck a house.

But the rule was quickly ushered in because the crash upset people, in part because airline crashes had become so rare, because airline flying is so safe, so it stood out. The Colgan crash was a tragedy, no two ways about it, but such tragedies will happen. The number of people killed in them pales in comparison to many other causes. That same year in New York State, 1,148 people were killed in road accidents, an average of two per day, meaning on average every two weeks in the Empire State, around 50 people died in traffic accidents. Let’s not lose sight of the fact that over the past two-plus years, more than a million Americans have died from complications of Covid-19, more than the total U.S. aviation fatalities since 1903.

This is not to say that any deaths are acceptable, but in our technological world, it’s part of the risk we assume as we travel from place to place. Is our airline safety record acceptable? Absolutely. Was it acceptable as of 2009, when the new ATP requirements were adopted? Yes, they were. There had been, in the six years preceding the Colgan crash, two crashes of U.S.-based scheduled airline flights, killing a total of just over 100 people. In six years’ time.

The point is, airline flying was exceptionally safe before Colgan, and it’s exceptionally safe today. The 1500-hour rule addressed a problem that had little to nothing to do with the Colgan Flight 3407 crash.  What caused it was bad flying by people who would still almost certainly qualify to be in the cockpit flying today after the 1500-hour rule.

The grown-up truth of the matter is, we have to accept certain levels of risk with everything we do in life, and making rules to try to drive the accident numbers to zero will either have little-to-no effect on safety, as the 1500-rule apparently does, or it will just as likely negatively impact safety, based on unintended consequences or plain bad luck. The airline mess we’ve been witnessing this past week, and in truth, the past many months, isn’t entirely because of the 1500-hour rule, but it’s a big part of it. Airlines, which used to be able to ramp up staffing quickly with less experienced first officers as demand peaked, can no longer do that. Crews are exhausted, switching employers at a record pace, and the airlines are failing to meet the public’s need for basic air travel. Calling the current situation “chaos” is not a stretch.

What should be done? A great start would be to cut the ATP requirement altogether or cut the hours required to 750, or even 500 total time. It would likely have zero negative effect on safety, and I’d argue it would be likely to produce a safer air transportation system. And it would in short order significantly cut the level of chaos surrounding air travel while our regulators worked on long-term solutions, which the 1500-hour rule clearly wasn’t. 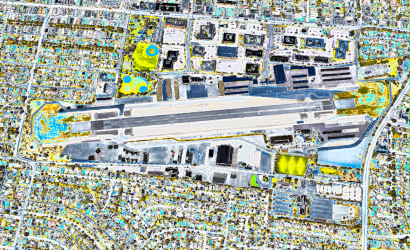