Become a member and get exclusive access to articles, contests and more!
Start Your Free Trial
Running out of fuel and crashing is something you might expect from an inexperienced private pilot, but not from a …
By Peter Katz
As I’m typing this, my little red airplane is in the hos-pital for a 100-hour inspec-tion …
By Budd Davisson
Sometime in 2009, the COSPAS-SARSAT satellite system will no longer be receiving distress signals on today’s common distress frequencies, 121.5 MHz and 243.0 MHz. Instead, the satellites will monitor only 406 MHz, a frequency that’s being phased in for civilian use.
To access this content, you must purchase Plane and Pilot Membership.
By Peter Katz
The other night, at the urging of a friend, Marlene and I did something we rarely do: We went to …
By Budd Davisson 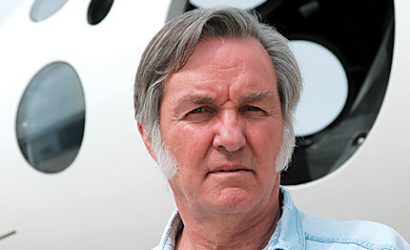 After drawing and building airplanes all his life, this genius’ designs are getting out of this world …
By Tom Cunneff
Bob and Jill Blettner flew from Wisconsin down to Key West, Fla., in their Cessna Centurion to meet Thierry Pouille …
By Lyn Freeman
As one who is sometimes asked to speak before pilot groups, I was struck by a column written by fellow …
By Bill Cox
Recently, I had a chance to fly a considerably less-ambitious Pitts delivery—pick up a 1999 S2C in Texas …
By Bill Cox
On November 12, 2001, American Airlines flight 587 crashed at Belle Harbor, N.Y., shortly after taking off from John F. Kennedy International Airport. All 260 people on board the airplane and five people on the ground were killed. The investigation began pointing to the likelihood that the airplane’s vertical stabilizer and rudder broke off because of full-rudder deflection.
To access this content, you must purchase Plane and Pilot Membership.
By Peter Katz
It’s mid-morning on the first day of the new year as I’m writing this, and I’ve …
By Budd Davisson
Advertisement
Advertisement