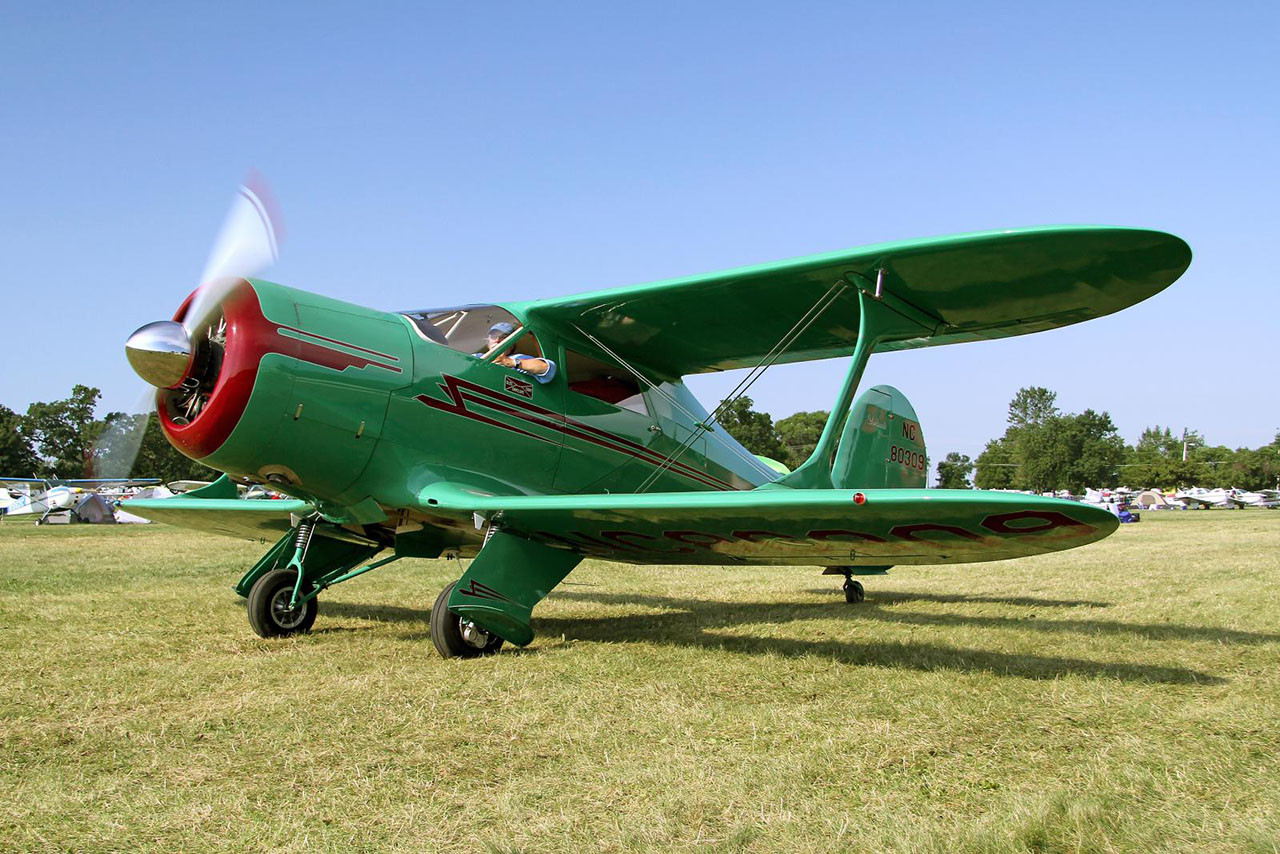 The Beech Staggerwing, one of the first corporate aircraft, offered pilots the chance to travel in style and comfort while covering ground in a hurry. The model 17 took wing in late 1932, and it absolutely walked away from its nearest competition, cabin class Waco biplanes in cruise. Engines over the years ranged from 300 to 710 hp, but the Model D17S with a 450-hp Pratt & Whitney 985 may be the perfect combination of performance, reliability and maintainability. The fuselage of the model 17 is a steel tube frame with wooden bulkheads and stringers to give it a distinctive shape, and the wings are all wood.

Staggerwings were built to go places, and they do that well. They’re heavy enough not to wander off when you glance down at a chart while still offering easy control with just a few fingers on the control wheel. The place where the Staggerwing will get your attention is on the ground, though. S-turns in many light taildraggers will seem optional after your first time in a Staggerwing, where the world on the other side of the nose ceases to exist without an aggressive S-turn. And for those who’ve mainly flown lighter tailwheel aircraft, prepare for a wakeup call the first time the tail starts to swing on landing rollout. The mass of this airplane will get your attention, as arresting any heading swing will take a little more work than in a Cub or Citabria. It’s not a hard airplane to fly, but knowing that you could scratch a very expensive aircraft with a moment’s inattention will keep you on your toes.

There are 202 Beechcraft Staggerwings on the FAA registry, and with 127 examples, the D17S is by far the most popular. Two are currently listed for sale online, both hovering just shy of $400,000. A third project is listed at $50,000, but by the time you hired a restorer to finish the work properly, you’d be no less invested.