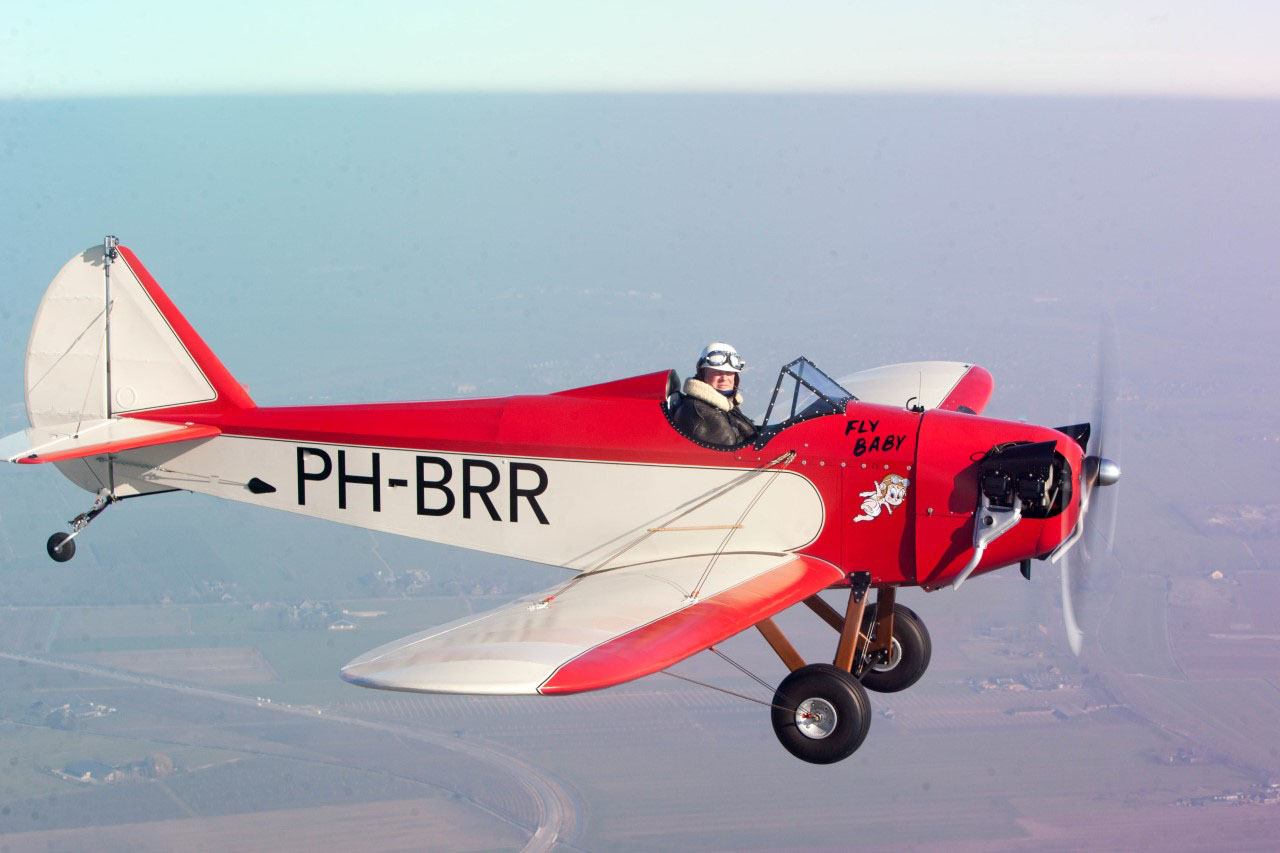 In 1957, the Experimental Aircraft Association announced a contest for designers to enter easy-to-build, affordable aircraft. The rules were vague and took a while to firm up, but one of the qualifiers was that the designs had to feature folding wings—allowing owners to keep their airplanes at home, tucked into a barn, garage or shed. This contest truly embodied the “plane in every garage” notion that tantalized and eluded general aviation throughout the postwar years.

Peter Bowers entered his design, the Fly Baby 1-A, a wooden affair that used simple construction techniques, readily available components that came with every stock J-3 wasting away on tie downs (different times, remember) and, per the contest, the wings tucked away after about 15 minutes’ work. Bowers touted that the average person had the skills required to build his airplane. His prototype, N500F, bore the number of plans he hoped to sell.

Instead, it was closer to the number of Fly Babies that actually flew. He sold 10 times as many plans.

Several variations followed. A second wing could be constructed and added with some struts to form a biplane. A second cockpit was added here and there, and no lack of these machines took wing in military colors. An open-cockpit flying machine where you really could hear the wind through the wires—this really was the perfect plane for a generation of pilots to get airborne purely for fun.

Despite its sporty appearance, it really wasn’t aerobatic. Peter Bowers did loop and roll his prototype, famously so on the cover of a magazine, even. But a quarter of accidents involving the Fly Baby were structural failures of the wing. The Fly Baby’s unofficial homepage includes information about the PB-100, a revamp of the design to make it safer and easier to build. Using the original series published in Sport Aviation (and still available to EAA Members online) that served as a step-by-step guide of how to build a Fly Baby, the PB100 project gives enhanced instructions and even such conveniences as a CAD file that allows a metal shop to cut out all the metal pieces needed for construction. A motivated builder could have one airborne in a couple hundred hours of construction time.

Once flying, they really are a delightful diversion from life on the ground. Without radios or any real avionics, the Fly Baby draws your eyes out of the cockpit and forces you to smile. If you’ve got a little space to spare in your workshop, one of these would be easy enough to put together.

There are usually a couple projects for sale online for a few thousand dollars. It’s rare to see a flying one bring much more than $15,000, so they really can be an affordable way to get into the air. Worried there’s no second seat to take a friend flying? Rent a 172 when he or she actually shows up at the airport. Until then, it’s all you.