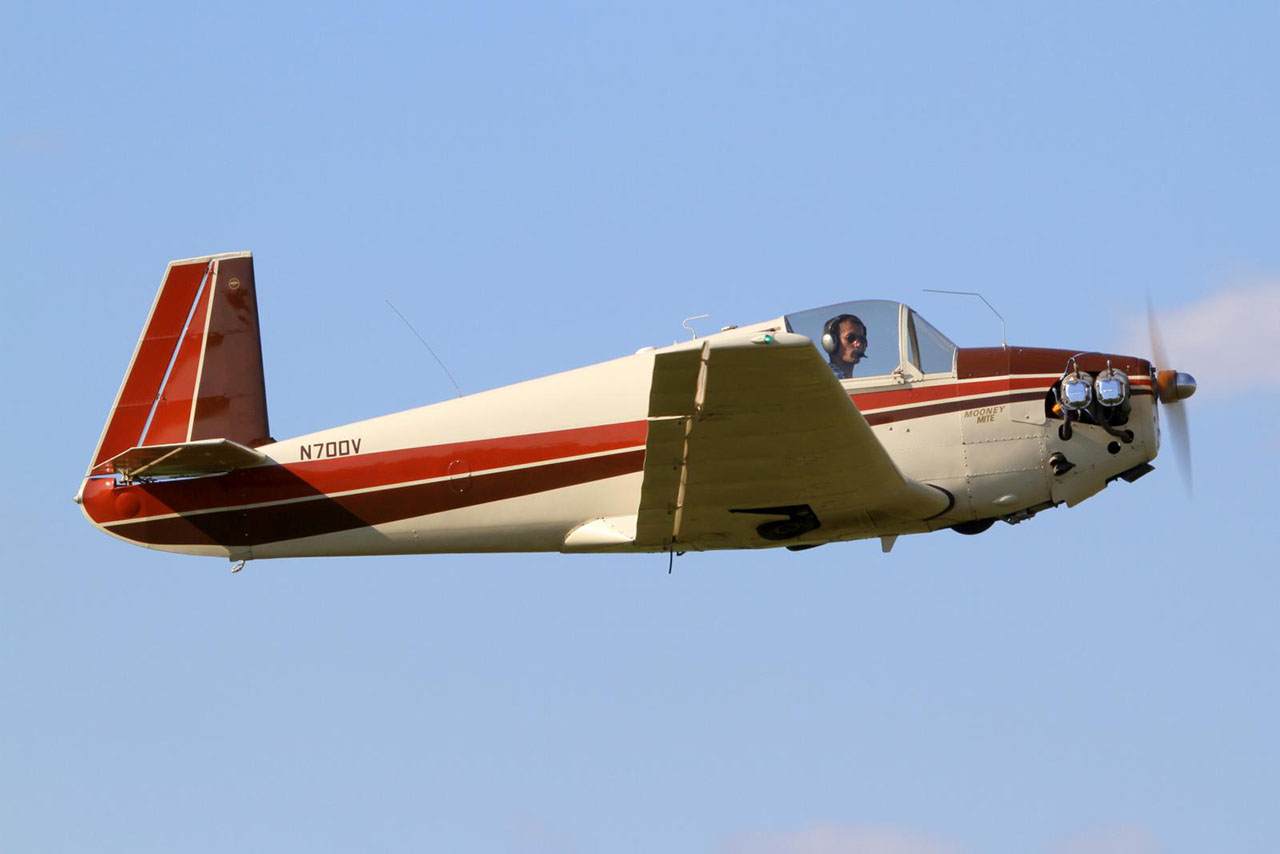 Before the idea of Flying Ubers, or even flying cars, there was a notion post-World War II that there would be an airplane in every garage. There were many approaches to this attitude, from Molt Taylor’s literal interpretation in his Aerocar to Al Mooney’s M-18 Mite, a single-seat pocket rocket that hoped to take the aviation world by storm.

The Mite, known as the “Texas Messerschmitt,” pushed 85 kts on 65 horsepower. Incorporating retractable landing gear and the now-iconic Mooney vertical stabilizer that gives the illusion of a forward sweep, it housed the pilot beneath a sliding bubble canopy. It’s the perfect everyman’s airplane, provided the pilot is not wide, tall or heavy. With a 260-pound useful load, many pilots would have to experience the Mite as a glider. A recent listing on Barnstormers.com touts a 19-gallon fuel capacity between the main and aux tanks, an option that would yield impressive range but only for a rather svelte aviator—at 138 pounds, you’d be over gross on full tanks.