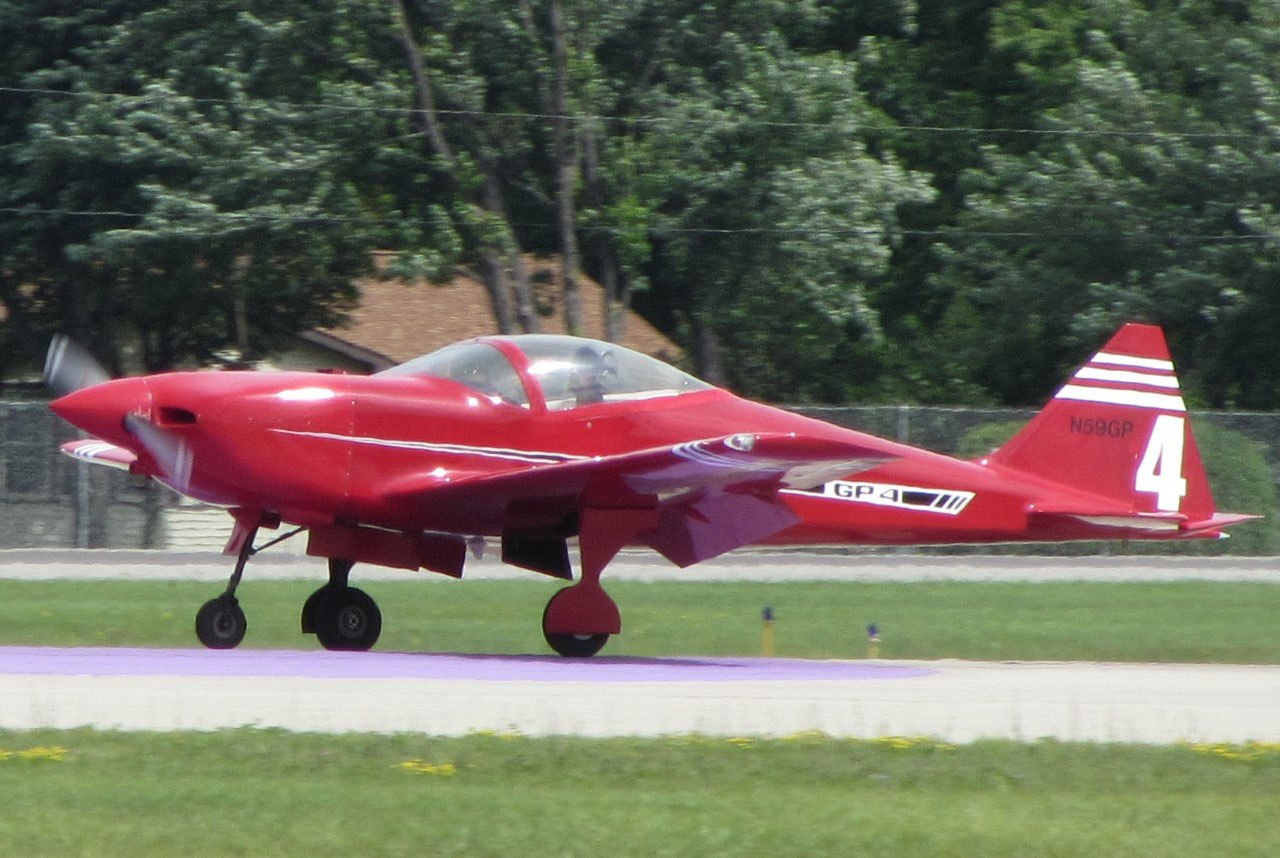 Owning an aircraft isn’t always about practicality, but it’s understandable if you can’t justify a single-seat homebuilt where there’s not even a roof to keep the rain off your head when you park. How about a fast two-seater with a more common setup? The GP-4 is an all-wood, two-seat traveling machine that looks like it’s going 200 knots sitting on the ramp—and tops that speed once you tuck the wheels into the wheel wells.

The GP-4, designed by George Pereira, is not for the faint of heart. It’s a plans-built design that is going to take 4,000 hours or more to build. That’s two years of working 9-5 in your shop to get this bird airborne. But once it is completed, you’d be looking at a 200+ knot, 1,000-mile-legged traveling machine. Since it is powered by a Lycoming IO-360, you’d have no problem with engine parts availability if something broke while you were on the road. And after 4,000 hours of hands-on experience during construction, it’s a safe bet you could patch up anything on the airframe side.

Photo by flugkerl2 via Wikimedia Commons