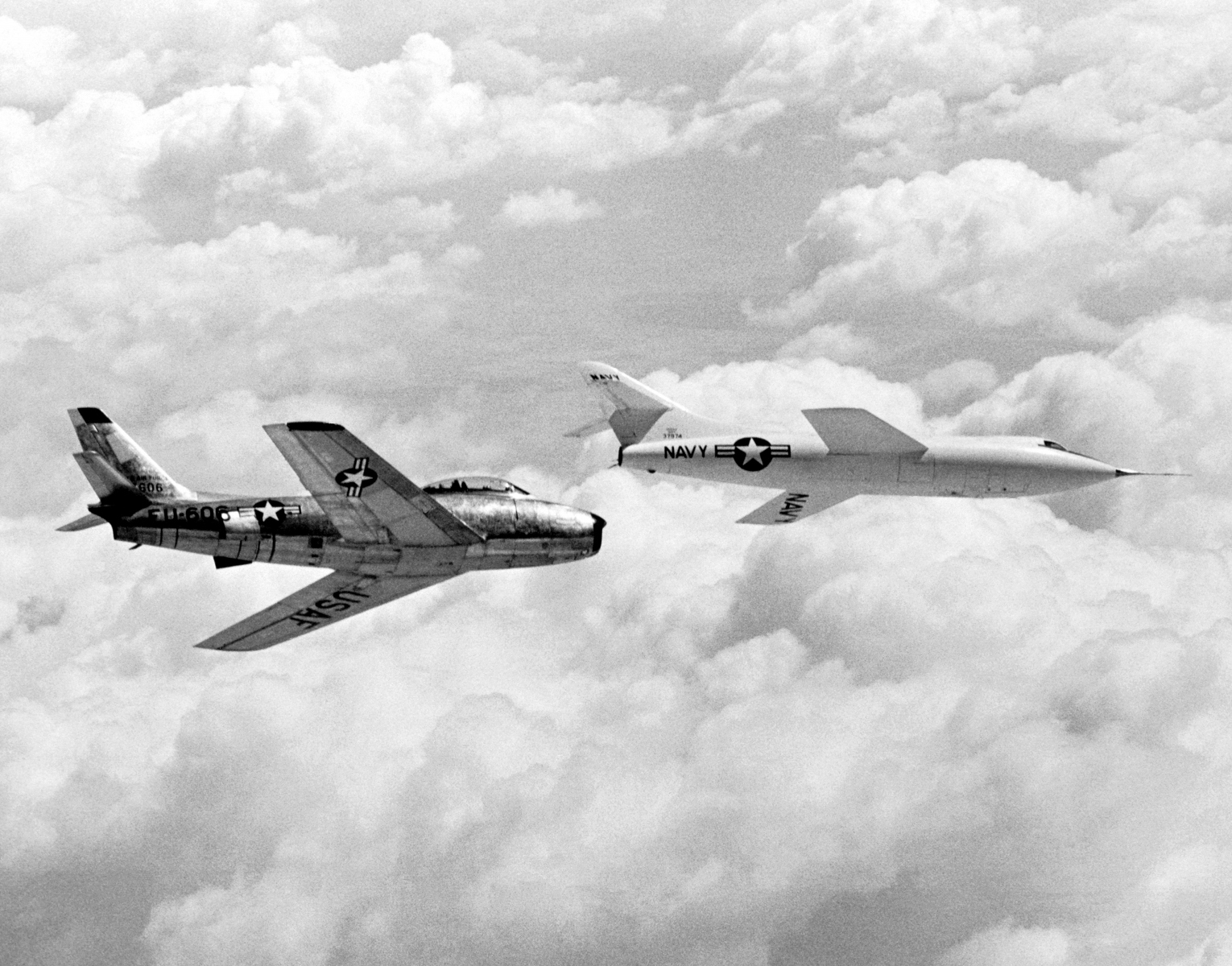 With the invention of No. 9 on our list, the aircraft jet engine, planes got faster and faster until designers had to reckon with what was and still is popularly referred to as “the sound barrier.” Pilots take delight in making fun of this term, but in many ways it’s accurate. By the early part of the 1940s, propeller-powered aircraft were already pushing the limits of subsonic flight, and aeronautical engineers had figured out that propellers, because of aerodynamic limits on how fast they can spin, were one of the big hurdles. Jet engines, they correctly reasoned, would solve that issue. The other problem was wing design. So wings themselves were soon given very smooth flow (laminar) wings to help them maintain lift. At speeds approaching the speed of sound, wings also encountered controllability issues due to the compressibility of the air. By the mid-1930s, German engineers were pioneering very fast swept wing aircraft, like the Messerschmitt Me 163 Komet, which started seeing action near the end of WWII and was the fastest airplane in the world for nearly 10 years. Ultimately, the combination of effective laminar flow airfoils and swept wings allowed fight speeds to advance from around 600 knots to better than Mach 2 (around 1,350 knots) in the matter of a few years.