Check out this video of this Beechcraft King Air, said to be a U.S. Government plane, as its gear collapses on landing.

US State Department Beechcraft Super King 200 has a landing gear fail after takeoff. It returns and touches down perfectly, then the gear fails and the pilot does a belly slide. from r/aviation

Rescue crews were at the ready, so it was clearly a problem the pilot and tower controllers were communicating about before the landing, which was executed very smoothly, though gravity won out in the end.

After the plane goes onto its belly, watch it slide. At that point, the pilot probably had no more aerodynamic or braking control of the plane, but luckily, it stayed upright. While we don’t know for sure, we’d be shocked if anyone aboard was injured.

On the subject of whether the plane will fly again or not, we’re voting that it will. One experienced King Air mechanic said he had worked on planes with similar damage, and while repairing them wasn’t quick or cheap, the damage could be fixed. The only question is, would it be cheaper to buy another King Air?

We’ll add details as we get them in! 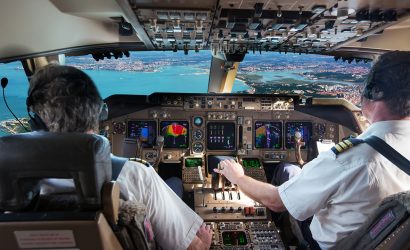